Accessibility links
Savings From Computerizing Medical Records Are Hard To Measure : Shots - Health News When it comes to health policy, few ideas find as much bipartisan support as the widespread implementation of electronic medical records. They may improve care and save money, but it's tough to quantify their costs and benefits.

Savings From Computerizing Medical Records Are Hard To Measure

Savings From Computerizing Medical Records Are Hard To Measure 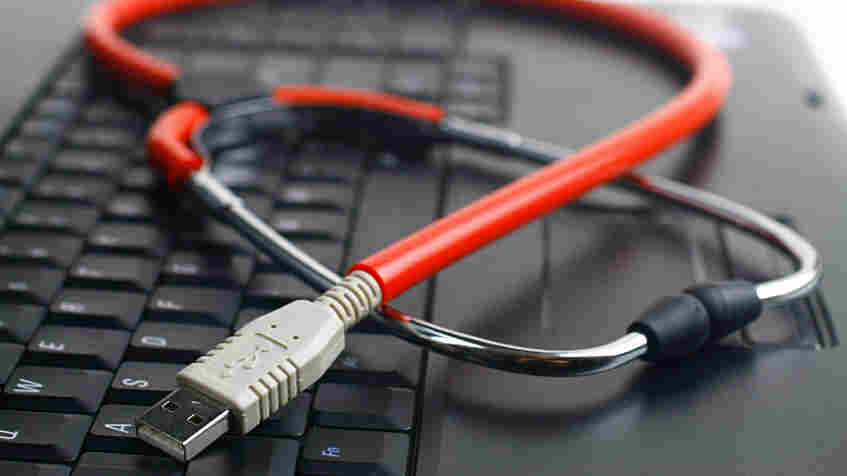 Where's the socket for this thing? iStockphoto.com hide caption 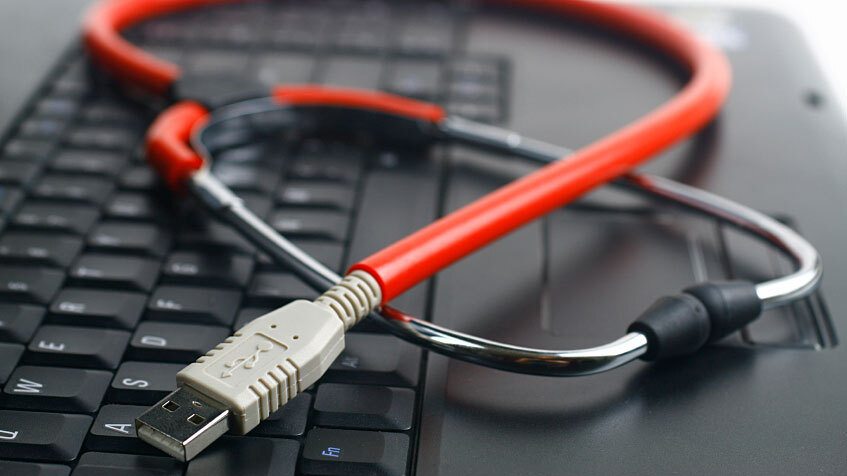 Where's the socket for this thing?

When it comes to health policy, few ideas find as much bipartisan support as the notion that widespread adoption of health information technology could improve medical care and save Americans money. But, slapping a realistic number on those savings remains an elusive goal for health IT advocates.

A study published yesterday in Health Affairs takes another step towards putting a dollar-value on those savings. The Department of Veterans Affairs may have saved up to $3.1 billion between 1997 and 2007, the researchers report, but that finding is laden with caveats.

The report looked at the potential savings -- based on the real-world findings of other, narrower studies -- across the VA system. The possible dollar amount was based on things like faster access to records for staffers; reduced spending on radiological film; and the drug interactions prevented by electronic records and, therefore, the care not needed. But, in an interview, the researchers made clear that their finding shows only what is possible -- not what the VA actually saved.

"We are not certain to what extent they were realized," said Douglas Johnston, the executive director of the Center for Information Technology Leadership and one of the researchers. "We would like to have empirical studies. We know the VA is heading that way. It's our hope that this study would contribute to how to measure health IT value."

Johnston speculated that most institutions have only limited funds for self reflection. While the elusive dollar-value of health IT savings is a charged issue for e-health advocates, the hospital executives who control purse strings may be less interested. That's changing, Johnston said, in part because of federal stimulus funding that includes evaluation of a $30-billion-plus federal investment in health IT.

In the absence of an empirical savings estimate, President Barack Obama used a report from Johnston's center to quantify the savings from his then-planned e-health initiative on the 2008 campaign trail. The center anticipated that the entire health system could save $77.8 billion a year if e-health were ubiquitous.

That estimate was central to a critical Washington Post report exploring the tech-industry ties of the Center for IT Leadership's chairman, Blackford Middleton, who is also an author of the VA report. The Post implied that a potentially optimistic promise of savings encouraged the White House to back the e-health stimulus funding, which will benefit health providers, as well as software vendors who often have ties to researchers in the tiny health IT world. (Johnston said by e-mail that the Post's report was "off base," and that the researchers have "no financial stake or vested interest in any of the technologies we study.")

To be sure, squeezing value out of electronic medical records at all can be a challenge, and the VA's experience may not tell us much about what smaller hospitals and physician practices can expect. A separate article in the same issue of Health Affairs recounts a litany of e-health hiccups at a New Jersey primary care practice, including security glitches in e-prescribing and sluggish, user-unfriendly software.

Indeed, the Congressional Budget Office has been more conservative in estimating the potential benefits. In a report last March, they estimated health IT spending under the stimulus could save the federal government around $13 billion over the next ten years, and may save the private sector some money as well.