Accessibility links
Where To Live Longer And Be Healthier : Shots - Health News The global mortality rate is going down, but the United States isn't doing as well as other countries.

Where To Live Longer And Be Healthier

Where To Live Longer And Be Healthier

Wanna increase your chances of living into your 60s and beyond? Well, pack your bags.

Fellas, you're gonna want to bring some mittens and head to Iceland. Ladies, how does sunny Cyprus sound? 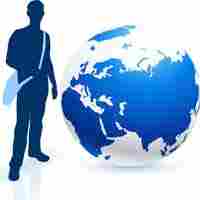 Those locales are where men and women have the lowest risks of death, according to a study published online today in Lancet, a British medical journal.

For the study, researchers analyzed close to 4,000 measurements to calculate the probability of adults dying early - between the ages of 15 and 59 in 187 countries. It's "the most detailed nation-by-nation trends in adult mortality" to date, according to the Washington Post.

Greece, Sweden and Australia beat out the U.S. to claim spots in the top 10 of lowest risk of death. The United States ranked 45th in the world for men and 49th for women.

Globally, the researchers found the risk of death did decline, by almost 20 percent for men and 34 percent for women over the past 40 years.

But, as the researchers note, the U.S. "is notable for having a rate of decline of less than 1% per year." That's significantly fewer reductions in deaths than many other high-income countries have seen.

"The U.S. is definitely on the wrong trajectory," Chris Murray, director of the Institute for Health Metrics at the University of Washington, one of the study's authors told the Associated Press. "(The US) spends the most on health out of all countries, but (it) is apparently spending on the wrong things."

In the United States, "preventable" risk factors account for much of the problems, says Murray.

"Simply reducing the amount of salt in people's diets would save 100,000 lives annually. Smoking leads to a half million deaths annually. Another area where we need to concentrate is the disparities in health outcomes among racial and economic groups," he says.

Evans is a reporter for Kaiser Health News, a nonprofit news service.