Accessibility links
This Is Your Brain On Neanderthal : Shots - Health News Now, you can be a Neanderthal, too, with the help of your mobile phone and the Smithsonian Institution.

Last week, geneticists dumped on us the somewhat disturbing fact that most of us have some Neanderthals in our family tree. Not a lot of them, mind you, but a few nonetheless. 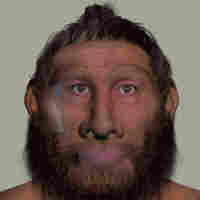 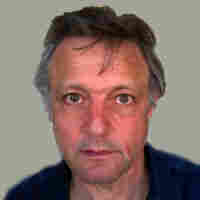 Now, courtesy of the Smithsonian's National Museum of Natural History, you can get some idea of what your inner Neanderthal might look like.

The museum is releasing the MEanderthal iPhone app. It's a mobile version of a facial morphing station in the David H. Koch Hall of Human Origins.

No iPhone? No problem.

There'll shortly be an app for Droid phones on Google Marketplace, if it's not there already.

And there's also a video of what you can expect if you're a little apprehensive about jumping into your ancient gene pool.