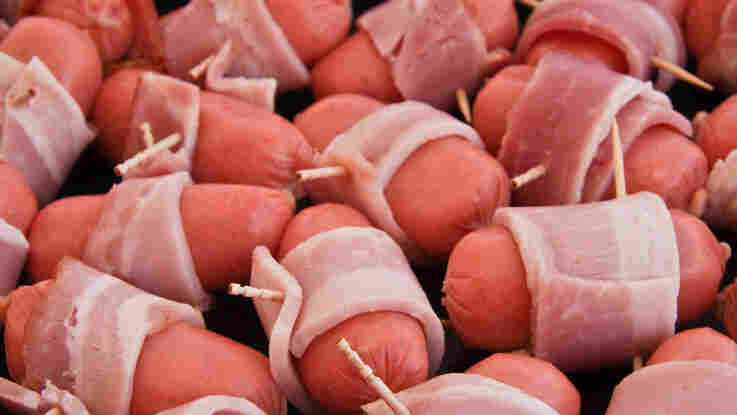 Do you want bacon with your sausage? Maybe not. iStockphoto.com hide caption 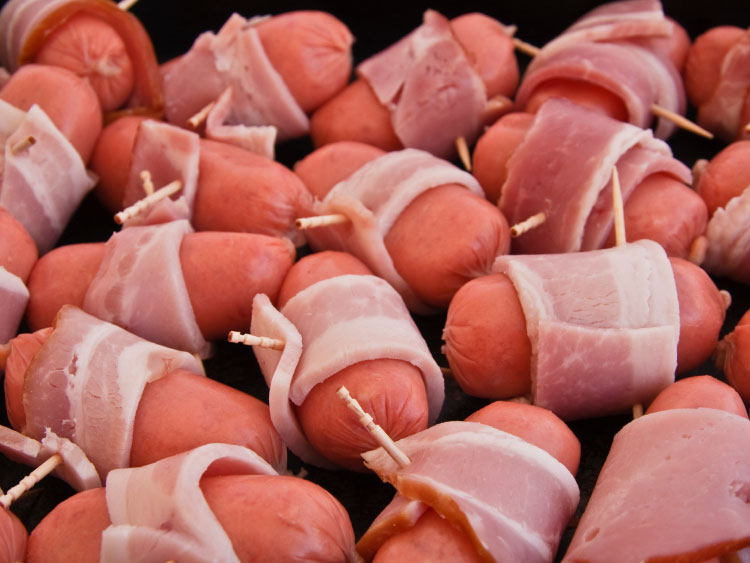 Do you want bacon with your sausage? Maybe not.

The link between heart disease or diabetes and a diet rich in red meat has always been a little fuzzy. Some studies show a strong connection; others not so much.

Now Harvard researchers think they may have turned up a reason for the discrepancy: Most studies don't distinguish between processed meat and fresh.

When nutrition epidemiologist Renata Micha and her colleagues pooled and analyzed the data from 20 previous studies in a new way, they spotted the trend. Healthy people who tended to eat a lot of preserved meats like bacon, sausage, hot dogs and cold cuts were much more likely than those who rarely touch the stuff to go on to develop heart disease or Type 2 diabetes.

The more they ate, the higher the risk. Eating unprocessed red meat with the same amount of fat -- steaks, hamburgers, lamb chops and the like -- showed no such effect, Micha says. The results appear in the May 17 issue of the journal Circulation.

She sees her meta-analysis as more of a starting place than a conclusion; it's another hint that there's more to determining a food's potential harm to the heart than just measuring its fat and cholesterol content. But she can't tell from her work whether the problem is the oodles of extra salt in processed meat, the nitrates and other preservatives, the way it's cooked, or some other factor entirely.

Michael Thun, an epidemiologist at the American Cancer Society, says that at this point Micha's finding is interesting, but shouldn't yet be the basis for any shift in dietary guidelines.

"We've been telling people for years to limit their consumption of all red meat, including processed meat and that still holds," Thun says. There's plenty of solid evidence, he points out, that a diet heavy in any kind of red meat --fresh as well as processed -- raises the risk of colon cancer, and maybe other cancers, too.