Accessibility links
Provo Leads The Nation In Osmonds And Shoulder Surgery : Shots - Health News There has been a worrisome rise in expensive medical procedures in places that had been leaders in cost-effective health care. 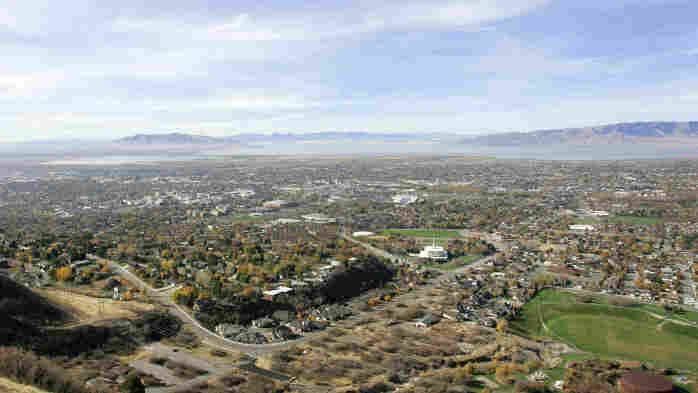 The wide open spaces of Provo, Utah, contain some of the highest rates of shoulder surgery in the U.S. iStockphoto.com hide caption

Provo folks on Medicare receive shoulder replacements at 10 times the rate of their cousins in snowy Syracuse, N.Y., according to the Dartmouth Atlas of Health Care, which studies geographic variation in medical treatments.

That’s just one reason Medicare costs are climbing here and in other frugal spending areas of the country, as Kaiser Health News explains.

What’s behind the growth? Utah is popular with the outdoorsy crowd, so that could help explain the prevalence of shoulder surgeries in Provo. Harder to explain is why Medicare patients are spending their final days in intensive care units, since the Mormon "lifestyle does not put much of a premium on end-of-life heroics," notes Keith Tintle, CEO of Timpanogos Regional Hospital in nearby Orem (and a member of the Church of Jesus Christ of Latter-Day Saints).

The prevailing explanation for the growth in spending is that a proliferation of physician-owned clinics and hospital expansions in this booming area are giving doctors and hospitals extra motivation to sign up patients.

This change in practice is bad news for the Obama administration, which has been hoping to prod high spending places like McAllen, Texas, (unflatteringly profiled by The New Yorker last year as a bastion of wasteful medical care) to become more like low-spending places like ... Provo.