We're not sure how many people really ever believed that Rice Krispies are some sort of super-duper health food. 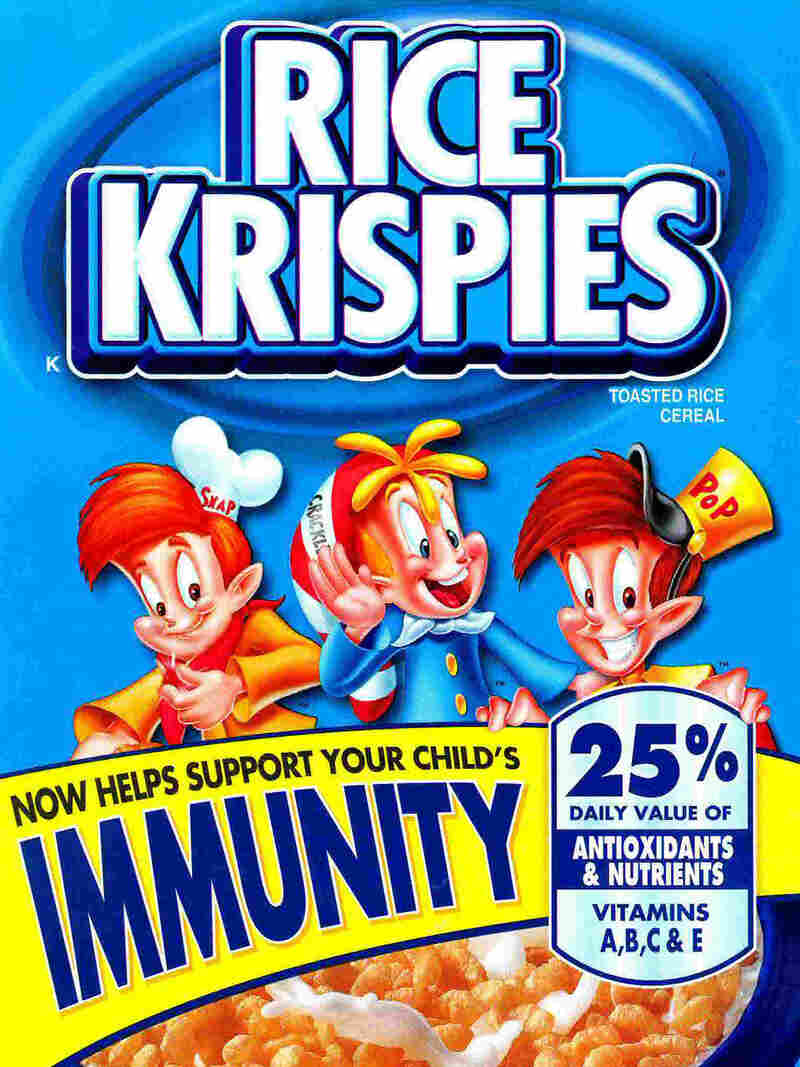 Are you buying this? Kellogg hide caption 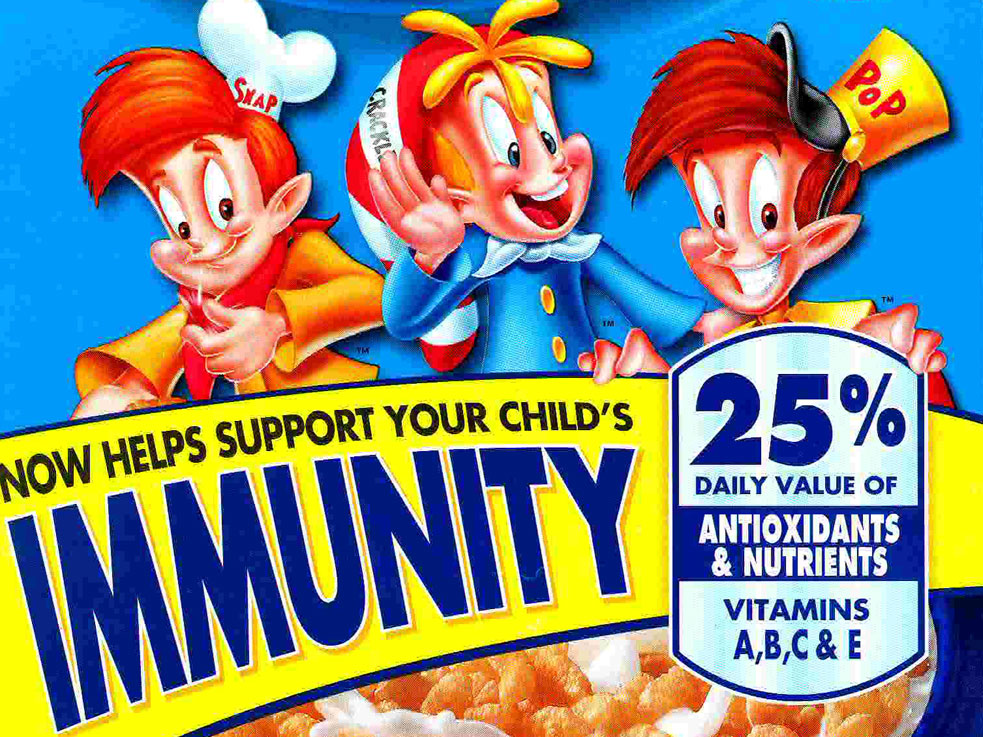 Are you buying this?

But cereal maker Kellogg sure tried to make that case, saying right on the front of the box that the toasted-rice cereal "now helps support your child's immunity," with "25 percent Daily Value of Antioxidants and Nutrients – Vitamins A, B, C, and E." And on the back, if you got that far, the company trumpeted that the cereal "has been improved to include antioxidants and nutrients that your family needs to help them stay healthy."

Not so fast, said the Federal Trade Commission, which for the second time in a year has stepped in to curb allegedly unsubstantiated, misleading health claims by Kellogg.

This time the FTC has broadened an order, in effect since last July, to clamp down on Kellogg's marketing machine. Now Kellogg is barred "from making claims about any health benefit of any food unless the claims are backed by scientific evidence and not misleading," the FTC said in a statement.

The immunity claim drew intense fire last fall amid growing worries about the swine flu. Kellogg withdrew it in November, but said science backed the notion that nutrients in the cereal do support the immune system.

The original order, sparked by claims about Frosted Mini-Wheats, prohibited Kellogg from making false or unsubstantiated claims about cognitive benefits of "any cereal or any morning food or snack food."

Update: A Kellogg spokesman responded to our request for comment with the following statement:

Kellogg Company has a long history of responsible advertising. We stand behind the validity of our product claims and research, so we agreed to an order that covers those claims. We believe that the revisions to the existing consent agreement satisfied any remaining concerns.