If you've got young kids, here's the sort of research you do every time you go to the grocery store. 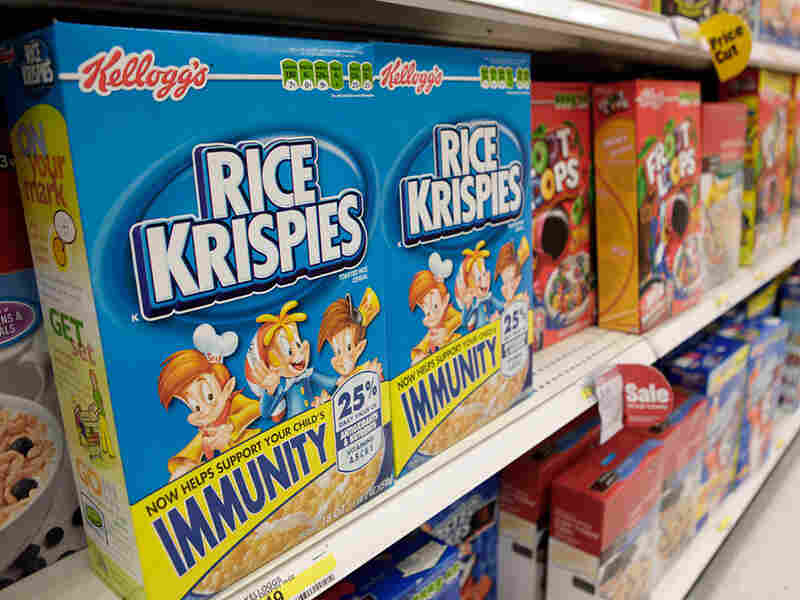 Which box would your kid choose? Paul Sancya/AP hide caption 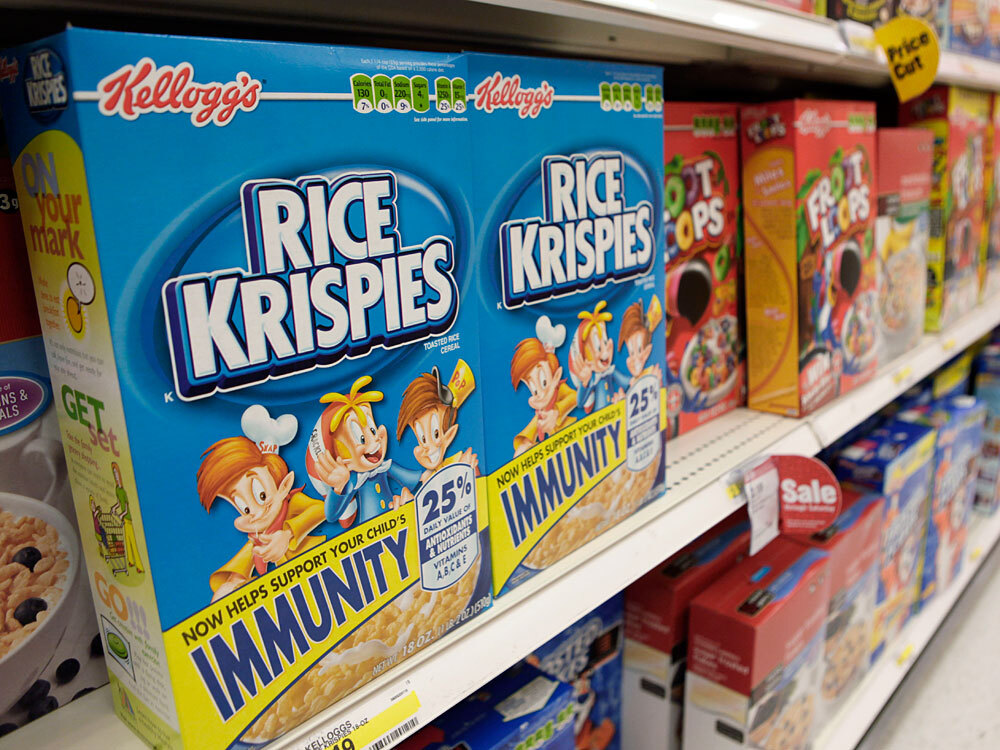 Push the cart down the cereal aisle and which box does your kid grab? Probably the one with Shrek, Dora the Explorer or some other cartoon character on it.

But why? Well, one reason may be the kid thinks it tastes better. Some researchers at Yale University's Rudd Center for Food Policty and Obesity took that everyday cereal experiment a step further by exploring whether the appearance of a cartoon character on food packaging affects how kids perceive the way the stuff tastes.

Their findings? Most of the time -- try 85 percent -- the children chose the packages decorated with cartoon.

And, yep, kids say carrots, graham crackers and gummy fruit snacks with a picture of either Dora, Shrek or Scooby Doo on its packaging was yummier. They had tastes of identical foods wrapped in plain, cartoonless packages for comparison.

The study was small --just 40 kids. Still, the authors argue that use of characters to hawk junky food should be limited. Or maybe we should be using the characters for good, putting them only on healthy stuff?

The results were just published online in the medical journal Pediatrics.