Accessibility links
U.S. Spends The Most On Health Care, Yet Gets Least : Shots - Health News A comparison of health care in industrialized countries finds the Netherlands is tops and the U.S. is the worst.

U.S. Spends The Most On Health Care, Yet Gets Least

U.S. Spends The Most On Health Care, Yet Gets Least

Pretty much no matter how you measure it, our health care system stinks. 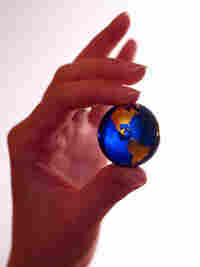 Once again that's the sobering conclusion of the 2010 version of the annual Commonwealth Fund comparison of the U.S. health system with those in other industrialized nations.

This year the competitors were Australia, Canada, Germany, the Netherlands, New Zealand, and the United Kingdom. The U.S. finished last.

To come up with the rankings, researchers surveyed both doctors and patients. The criteria comprised quality, access, efficiency, equity, whether people in each country lived long and productive lives, and how much each country spent per person on care. The researchers produced a spiffy interactive graphic to display the results.

But the findings were strikingly similar to those from surveys done in the previous four years. The U.S. spends more -- much more -- on health care and gets much less value for those dollars.

Overall, the winner in this year's contest was the Netherlands. Interestingly, perhaps, it's a nation that doesn't have a government-run system, but instead achieves universal coverage with an individual insurance mandate, much like the one recently passed by the U.S. Congress. The Dutch were first in access, first in equity, and second in quality of care.

The U.S., by contrast, was last in every category except quality, where it was second to last, squeaking in ahead of Canada. At $7,290 in annual spending per person in 2007, the U.S. also dwarfed second-place Canada at $3,895 and third-place Netherlands at $3,837.

About the only good news for America, said Commonwealth Fund President Karen Davis, who was also the study's lead author, is that the new health law could put the U.S. on a path towards improvement.