Accessibility links
Reports Of Grocery Bag Bacteria May Be Overblown : Shots - Health News A plastics industry group funded research that found germs in reusable grocery bags. But a health official in San Francisco, where disposable bags have been banned for years, says there's no need to worry.

Bacteria May Grow In Reusable Grocery Bags, But Don't Fret

Bacteria May Grow In Reusable Grocery Bags, But Don't Fret

Bacteria may be hanging out in those reusable grocery bags that have become awfully popular lately. But don't panic. 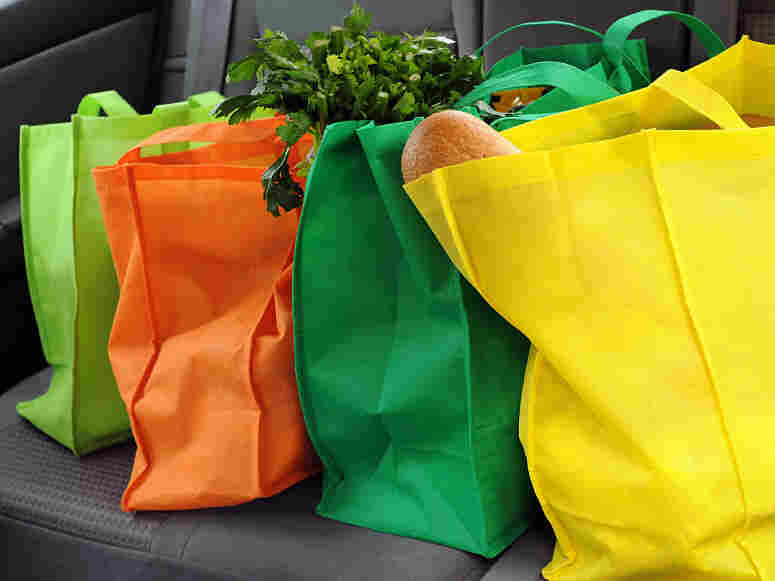 An industry-sponsored report find that 97 percent people don't wash their reusable grocery bags. Even so, the health risks are low. iStockphoto.com hide caption 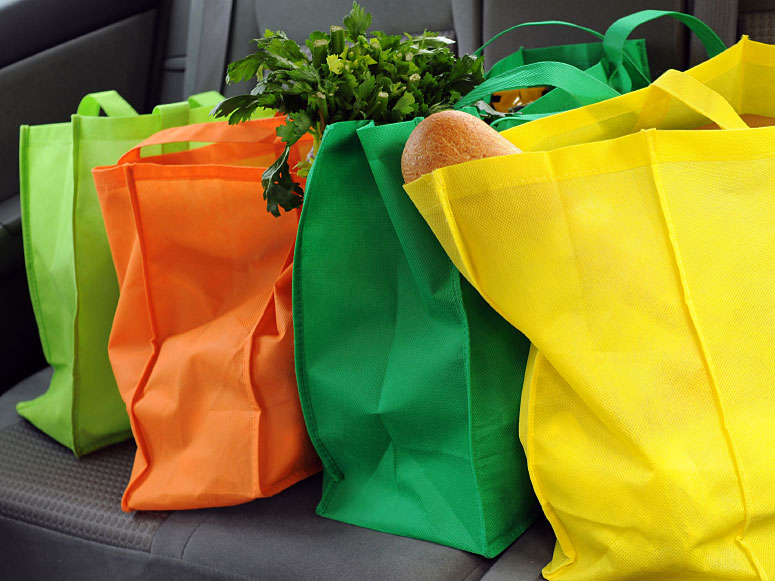 An industry-sponsored report find that 97 percent people don't wash their reusable grocery bags. Even so, the health risks are low.

Yes, a study funded by the American Chemistry Council, which by the way represents some disposable plastic bag makers, found there might be microbes hitchhiking in your reusable bags. But a few germs aren't likely to pose much of a health risk.

Academic researchers recently tested 84 reusable grocery bags from shoppers in California and Arizona: More than half the bags contained some sort of coliform bacteria, a category that includes Escherichia coli.

University of Arizona microbiologist Charles Gerba, lead author of the report, tells Shots the findings don't suggest there's going to be an outbreak of disease from the bags.

Instead, the plastics industry-sponsored work, which found 97 percent of the people interviewed never washed their bags, concludes the public should be educated about keeping them clean.

For what it's worth, the report came out just as California considers a statewide ban on plastic bags.

Dr. Susan Fernyak, director of San Francisco’s Communicable Disease and Control Prevention division, tells Shots, "Your average healthy person is not going to get sick from the bacteria that were listed."

The report says researchers found E. coli in seven of the bags tested. But Fernyak says the study doesn't identify the type of E. coli in the bags, a significant shortcoming. Most strains of E. coli are harmless, according to the Centers for Disease Control and Prevention.

She doubts the strains in bags would be the kind that would make someone sick. "I think important points and information was presented in a way that is somewhat misleading," she says of the report.

Contamination can happen with any surface that touches meat, like a counter top, she says. "There's nothing special about these bags than anything else that can become contaminated," she says.

But she adds that researchers would probably find a certain percentage of the population wasn't cleaning cutting boards properly. She says reusable bags are safe, but washing the bags isn't a bad idea.

Update: We talked with a spokeswoman from the American Chemistry Council who said plastic makers also produce the resin used in most reusable bags. "We don't try to discourage reusable bag use," she said.