Salmonella Goes To The Dogs

Salmonella Goes To The Dogs

If you thought salmonella in food was only a problem for us humans, try again. 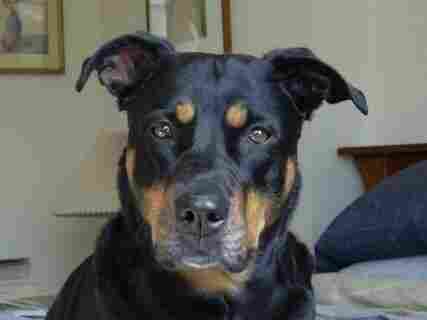 Keep those tainted treats away from me. Scott Hensley/NPR hide caption

Twice this month there have been big recalls of vitamins for dogs and sweet potato and chicken dog food after salmonella bacteria were found in some batches, the Food and Drug Administration says.

Then, today, we see the agency has slapped a maker of dog treats with a warning for being less than forthcoming about a salmonella-related recall in January.

In case you missed the problem with Merrick Beef Filet Squares, as we and our dog did, the FDA found salmonella in some treats the agency collected last December. FDA inspectors then pored over two company facilities and found all sorts of manufacturing problems.

Among other things, the FDA's warning to the treats' maker, Tejas Industries, faults it for initially beating around the bush and telling people the recall was for treats that "may not have been processed properly."  The letter should have spelled out the problem was salmonella and explained the risk, FDA wrote.

Besides making your dog sick, salmonella in dog food could make you sick. Just in case, wash your hands after handling pet food to minimize the risk of infection.

We called the company for comment, but didn't get an immediate response. Next time, we'll send our dog for an answer.