Accessibility links
Got Hemorrhoids? Blame Your Inner Fish : Shots - Health News We've got a lot to thank a little fish for -- our necks, shoulders, elbows, wrists and knees, to name a few. 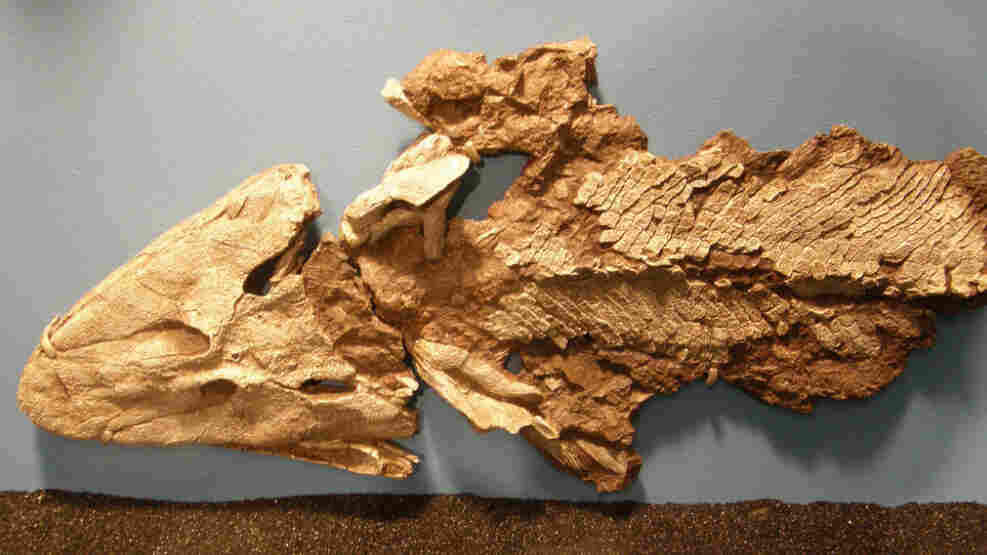 You can thank this Tiktaalik fish for  your bones and evolution for some of your health problems. copepodo/flickr.com hide caption

In part one of NPR's new series about human origins, “The Human Edge,” I look at how much of what makes humans human has actually been borrowed from much simpler creatures.

For example, single celled organisms called eukaryotes figured out sex a billion years before humans did. But evolution has its drawbacks – like hemorrhoids.

Evolutionary biologist Neil Shubin of the University of Chicago has written extensively about the debt humans owe other creatures. He has a popular book on the topic: Your Inner Fish.

One of his claims to fame is that he discovered Tiktaalik, a fish that sports many of the anatomic structures that eventually showed up in humans. The "fishapod" -- as he calls it -- has a version of what became the human neck, shoulder, elbow, wrist and knee, to name a few.

In fact, Shubin says many of the ailments we suffer from relate to the fact that there's a disconnect between our evolutionary past, and the environments we live in today. A circulatory system that works just fine for an animal constantly on the move can break down for one that's more sedentary.

Once you’re sitting for awhile, blood tends to pool down in those nether regions increasing the risk of hemorrhoids. That's probably why you don’t see too many fish driving 18-wheelers.

Here’s how Shubin describes the problems:

For the full story on your inner fish, tune into Morning Edition this morning.