Chronic low back pain is one of medicine's big mysteries. It's the second most-common reason patients see their primary care docs, after respiratory problems. 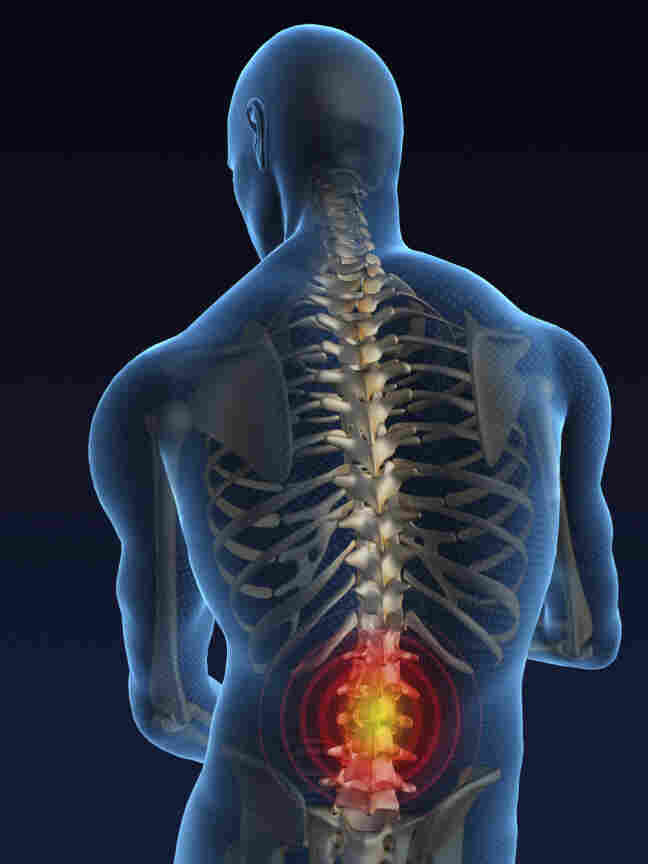 Yet most of the time it's not clear what's causing the pain, or what to do about it.

In the search for a magic bullet, it's not surprising that more than five million of the 20 million Americans  with chronic back pain turn to glucosamine, a dietary supplement that's supposed to rebuild worn-out cartilage.

There's some evidence glucosamine offers a mild benefit for people with arthritis of the knee. There's dispute about whether it does any good for people with hip problems.

Unfortunately, it doesn't work for low back pain according to the first big, well-done study of glucosamine for that ailment.

Norwegian researchers randomly assigned 250 patients with chronic low back pain to daily glucosamine or a look-alike placebo for at least six monts. At the start, all of the study subjects had MRI evidence of spine degeneration.

At the start all the patients took a standard test that measured how painful and disabling their back pain was. They all scored between 9 and 10 on a scale of 24.

Six months later they took the test again. Both groups showed improvement – but the group taking 1500 milligrams of glucosamine every day didn't do any better than those on placebo pills. A year after the study started, there was still no significant difference.

"Based on our results, it seems unwise to recommend glucosamine to all patients with chronic low back pain," the researchers write in this week's Journal of American Medicine.

Dr. Andrew Avins of Northern California Kaiser-Permanente praised the new study as well-designed and well-conducted, in an editorial accompanying the study report.

The results, Avins says, are "disappointed but should not be discouraging." After all, it's useful to know what doesn't work – just as earlier studies led doctors to stop recommending prolonged bedrest for low back pain because it actually made things worse.

Still, Avins says a lot more research should be done to help doctors understand and treat low back pain. "In the competition for federal research dollars," he writes, "back pain has not been allocated funding commensurate with its societal cost and quality-of-life burden."

Part the reason, he says, is that, unlike breast cancer or heart disease, back pain has no organized advocates to demand attention.

So even though nearly every family has someone with back pain at one time or another, these victims tend to suffer in frustrated silence or don't get the care they need.