Accessibility links
More Screen Time Means More Attention Problems In Kids : Shots - Health News Lingering attention problems in kids might be due to the speed with which they need to make decisions in video games.

There’s one more reason for parents to be wary of how much time kids spend in front of a screen. Six to 12-year olds who spent more than two hours a day playing video games or watching TV had trouble paying attention in school, according to a study from Iowa State University. 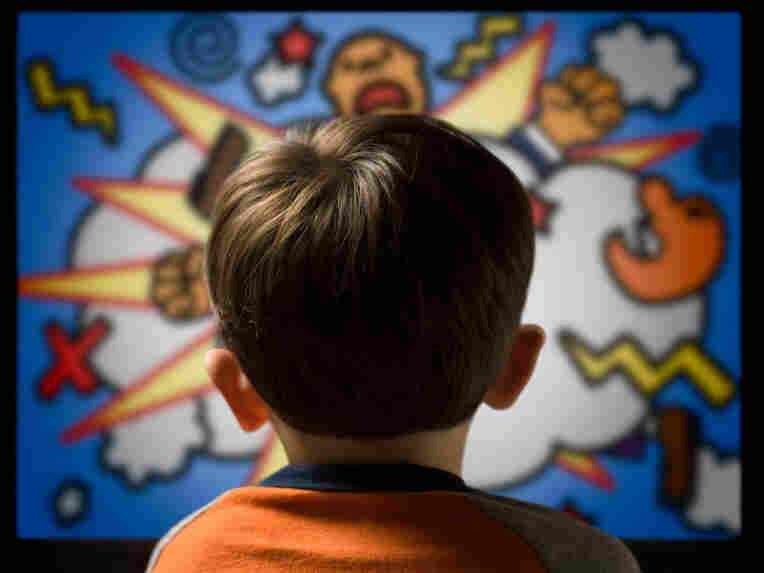 Watching lots of "flash-bang-boom" might make it harder for kids to concentrate. iStockphoto.com hide caption

But don’t throw out the Wii or the flatscreen just yet.

Dimitri Christakis, an expert on children and media consumption, tells Shots that its not just screen time -- content and delivery matter, too.

The study surveyed teachers and parents about kids' screen habits and found that heavy screen timers were nearly twice as likely to have above average attention deficit problems.

“The reality is that we’re seeing ten times more ADHD then we were seeing twenty years ago,” Christakis says. “By no means is the science conclusive, but there’s mounting evidence that [screen time is] a risk factor.”

So why is that?

Maybe it's the speed and flash of modern games and TV programs.

"I think that the concern is that the pacing of the program, whether its video games or TV is overstimulating and contributes to attention problems," Christakis says.

Psychologist Craig Anderson, one of the study authors, agrees.

"The kind of screen time that is probably most harmful... is screen time in which the viewer or the game player has to make a lot of quick decisions," he says.

In the study, they didn't look at game or TV show pacing. They tried to focus only on entertainment screen time.

But Christakis says it’s hard to distinguish between education and entertainment. Many kids multitask, he says. They could be playing an online game or chatting with their friends while working on their homework.

And some educational games might actually help kids learn.

So what’s a concerned parent to do?

“The risk is just big enough that it does warrant parents taking action,” says Anderson. Anderson suggests that parents only allow kids one to two hours of screen time per day. That's consistent with what the American Academy of Pediatrics recommends.

Christakis thinks parents should be even more conservative. “My feeling is that two hours is too much,” he says.

The researchers stress that parents should use their common sense.  Be aware of what games your kids are playing and how long they’re playing them. And remember, kids don’t always need a screen to have fun. Kickball anyone?