Accessibility links
Nevadans Want Food Safety Bill, But Reid Has Yet To Schedule It : Shots - Health News More than 80 percent of Nevadans want the food safety bill passed, but it's got some big hurdles in the Senate.

Nevadans Want Food Safety Bill, But Reid Has Yet To Schedule It

Nevadans Want Food Safety Bill, But Reid Has Yet To Schedule It

What do you call a bill that's been languishing in the Senate so long it might just die there? The FDA Food Safety Modernization Act. 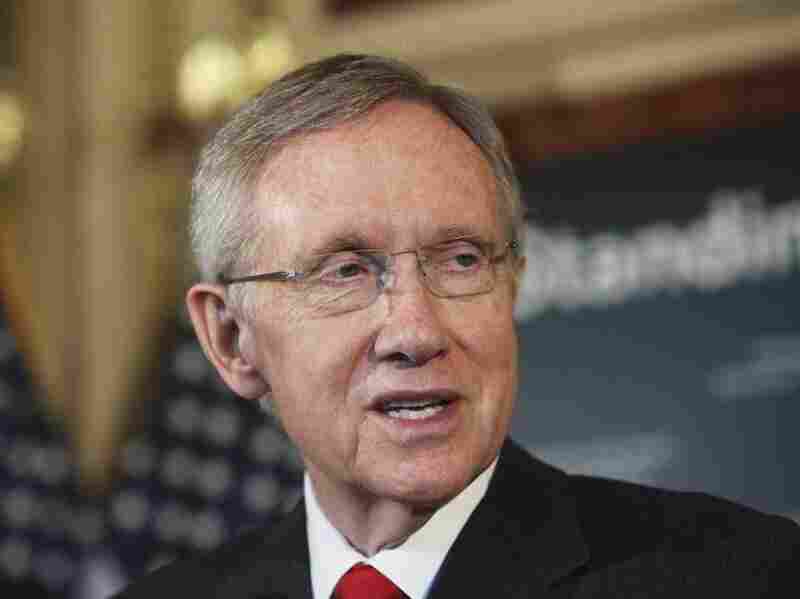 So Make Our Food Safe, a coalition of consumer groups advocating for the bill, is trying to create a little home town pressure on the one guy who can schedule a floor vote: Senate Majority Leader Harry Reid, Democrat of Nevada.

They released a survey today showing 82 percent of Nevadans support the food safety bill, whether they vote Democrat or Republican.

Not coincidentally, Reid just happens to be in the re-election race of his life.

The bipartisan bill,  passed by the House last year, would address some of the FDA's longstanding funding and staffing woes when it comes to oversight of the food supply.

But like old socks, the longer the bill sits out there waiting for Senate action, the more likely it attracts lint (i.e. amendments, objections) and gets shoved to the back of the drawer (i.e. stalled for lack of time to deal with them.)

Talks stalled this spring when Sen. Dianne Feinstein suggested she might add a provision banning Bisphenol A - a common chemical used in plastics that is being linked to cancer and other potential health problems - from food storage containers and packaging.

California just passed a ban on BPA in baby bottles. So did Maryland.

Then there's the issue of whether small farmers should have to shoulder all the new regulations. Sen. Jon Tester has taken up that cause.

Despite the challenges, a spokesman for Reid said senators have been close to working out an agreement for awhile. Passage this year is still "doable," he said.

To be fair, the Senate has been sidetracked by a few little things like health care and a financial services overhaul. But the August recess is looming and those FDA socks seem like they're still stuck in the back of the drawer.