Accessibility links
Doctor-Patient E-Mails Can Help Heal : Shots - Health News Patients with diabetes and hypertension do better when they email the doctor, but only 9 percent of patients do. 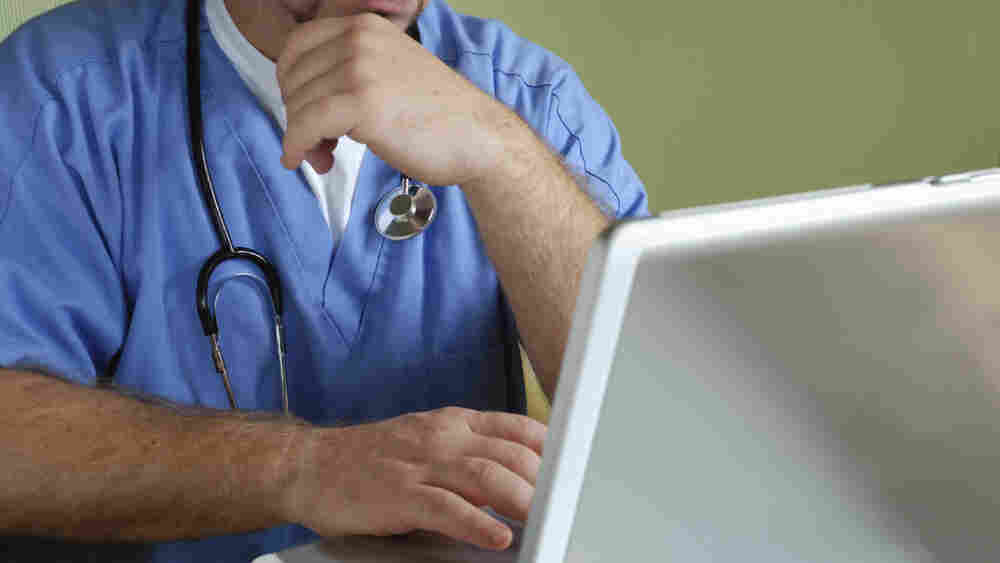 If you've ever dreamed about e-mailing the doctor when you have a quick question, read on.

Most doctors have little incentive to e-mail their patients because they don't get paid for it. But when it comes to quality of care, e-mails can make a difference.

Patients with diabetes and hypertension had better health outcomes when they emailed their docs, says a recent study published in Health Affairs.

The study looked at over 35,000 patients and about half a million e-mail conversations that were stripped of identifying information like patient names and addresses. The patients initiated most of the e-mails, often to discuss changing health conditions or lab results.

After two months, those who used KP's electronic health system, which includes email, scored better on cholesterol and blood pressure tests than those who didn't. The electronic system also included perks like ordering drug refills online, but researchers think that doctor-patient e-mails played the biggest role.

"It's not just about quantitative analysis. It's what we hear from physicians and patients," says Terhilda Garrido, VP of health information technology at KP. She says that patients feel empowered when they can e-mail their doctors.

Despite the convenience for patients, doctor-patient e-mailing remains low -- only 9 percent of Americans currently use e-mails to communicate with their doctors, according to a poll on HarrisInteractive.com. That number is up from 4 percent in 2006.

Low usage isn't surprising when doctors have to be cautious about disclosing too much of the patient's health information when responding.

Patients should sign consent forms for using e-mail, according to guidelines from the American Medical Association.  And doctors should switch to in-person or phone conversations when "e-mail messages become too lengthy or the correspondence is prolonged."

E-mails work well for patients with chronic illnesses or long-term conditions like pregnancy, says Garrido.  In other words, patients benefit when they follow up via email after an initial doctor's visit.

But there's no evidence that e-mailing your doctor out of the blue about a new problem will give you any sort of an advantage.