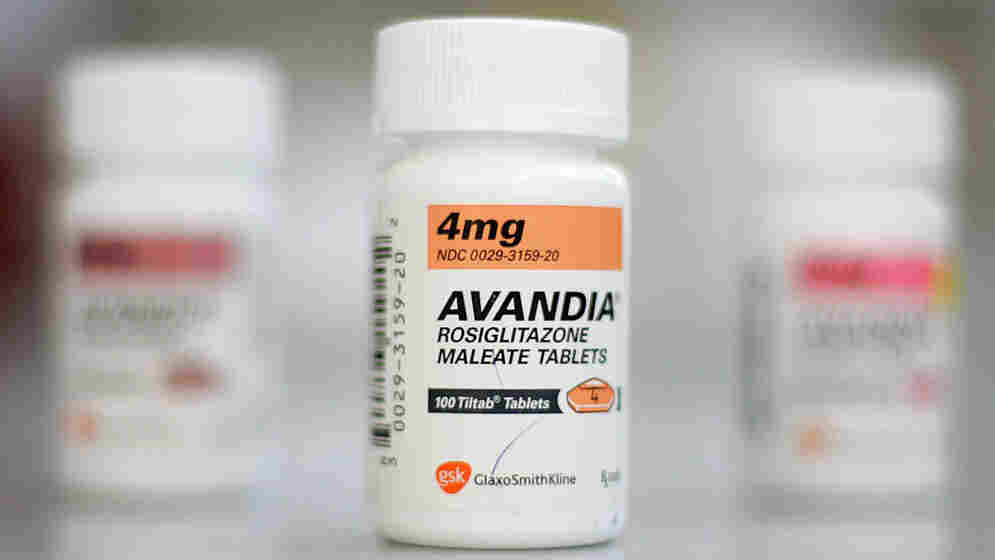 GlaxoSmithKline's controversial diabetes drug Avandia -- the most popular diabetes drug in the world -- increases the risk of heart attacks, strokes and death.

That's the conclusion found repeatedly in 765 pages of documents the FDA released today. The documents were released in advance of an unprecedented 2-day advisory panel meeting set for next week that will likely determine whether the agency pulls the blockbuster drug off the market.

The panel meeting will also make public an internal battle brewing at the agency, as some FDA scientists have been calling on the agency to pull the plug on the drug for years.

Dr. David Graham and Dr. Kate Gelperin of the FDA say that continuing a study of Avandia versus another diabetes drug, Actos, would be "unethical and exploitative." Pretty strong words from inside FDA.

Graham's claim to fame, you may recall, is as a whistleblower on several drug approvals gone sour, including the painkiller Vioxx.

Avandia's maker, GlaxoSmithKline, has its own studies and disagrees with Graham's conclusions.

“Since 2007 we have seen results from six controlled clinical trials looking at the cardiovascular safety of Avandia and together they show that this medicine does not increase the overall risk of heart attack, stroke or death,” said Dr. Murray Stewart, Vice President for Clinical Development at GSK. (Read the full GSK statement here.)

Avandia used to be a multibillion-dollar-a-year drug. Since it's safety came under attack, sales have slumped. In the first quarter of this year, world-wide sales of Avandia were about $245 million, down 10 percent from a year earlier, according to the Wall Street Journal.

In case you need a refresher on how this whole Avandia thing got started, we've developed this handy timeline.