Accessibility links
What Not To Bring Home From The World Cup : Shots - Health News For World Cup attendees, blowing into the vuvuzela or hearing too much of it may be the least of your health concerns.

What Not To Bring Home From The World Cup

What Not To Bring Home From The World Cup 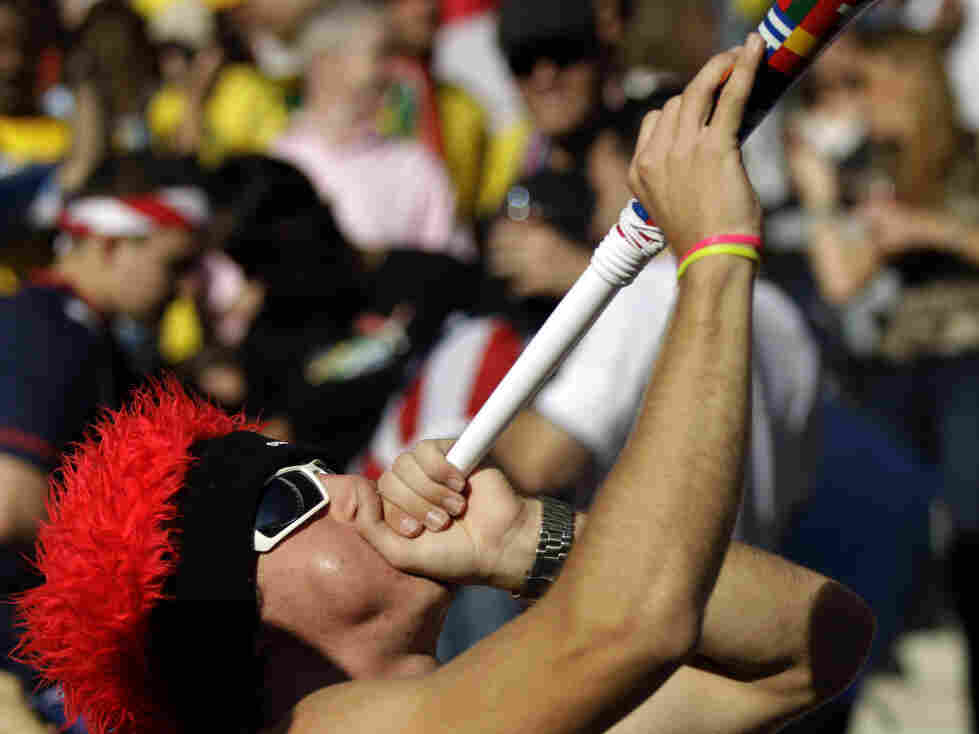 Losing your hearing from the vuvuzela at the World Cup may be the least of your worries. Schalk van Zuydam/AP hide caption

Believe it or not, there is something more annoying than a vuvuzela that World Cup soccer fans could be carrying home with them from South Africa this weekend.

The Pan American Health Organization is warning soccer fans on this side of the Atlantic to be particularly wary about the symptoms of the oh-so-contagious viruses, particularly because they have finally been declared eradicated from the Americas: Measles in 2002, and rubella just last year.

Thus, PAHO advises, anyone, whether athlete or fan, who experiences fever, rash, cough, runny nose, or conjunctivitis, to seek medical care and stay away from others for at least seven days.

PAHO is also placing posters in the arrival areas of major international airports in the Caribbean and Latin America, warning footballers and friends about the risks and urging travelers to get vaccinated.