Accessibility links
Health Law Makes Prevention Easier To Come By : Shots - Health News The new health law will compel insurers to pay for all sorts of preventive and screening services that are supported by strong evidence. 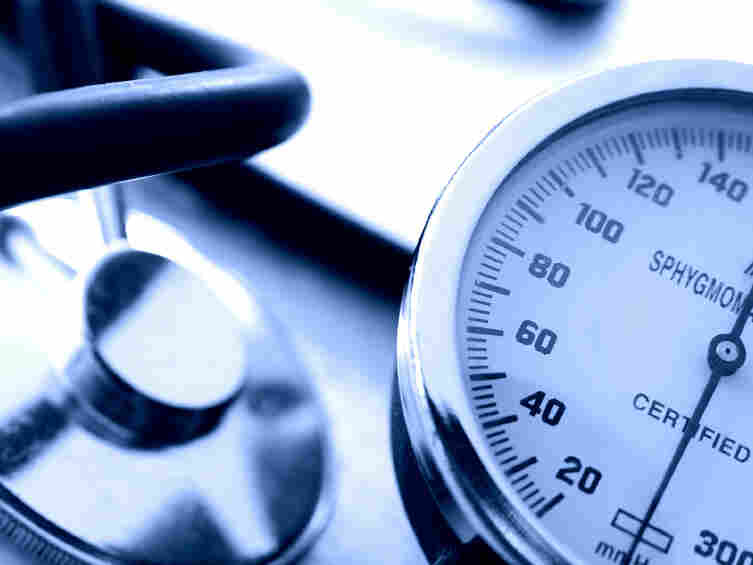 Under the new federal health law, screening and prevention services, including testing for high blood pressure, will get a boost. iStockphoto.com hide caption

Announcing new requirements for insurers to pay for preventive care Wednesday as a result of health overhaul, Health and Human Services Secretary Kathleen Sebelius said, "Too many Americans don't get the preventive care they need to stay healthy and keep health care costs down for all of us."

Insurers will have to cover preventive services - with no co-pays or deductibles - that are recommended by the U.S. Preventive Services Task Force, whose job is to weigh the scientific evidence. Those preventive services range from colonoscopies to blood-pressure screening; some recommendations vary by gender and age.

Most experts think that's good news for patients. But, will does it actually save money? Officials predict premiums for private insurance plans will jump 1.5 percent because of the provision, but that it may eventually decrease total health spending.

Last year, the Congressional Budget Office questioned the assumption that prevention saves money, saying only 20 percent of such services lower spending. That's because it takes many colonoscopies -- at a couple thousand dollars a pop -- to catch one case of colorectal cancer.

The government could have saved $850 million by not covering things the task force doesn't recommend, the CBO said in an earlier report. In 2008, Medicare covered 18 preventive services. Only seven were backed by the task force, and 3 were explicitly advised against.

However, limiting coverage is less popular than expanding it. In November, the task force said women should wait until age 50, rather than 40, to get mammograms. A political maelstrom ensued. In the end Senate Democrats included a health law provision telling insurers to basically ignore the task force's guidance.

As reported by Kaiser Health News, a bunch of advocates for other diseases want to see preventive coverage reach beyond the task force's current suggestions, too. Diabetes and HIV advocates, for instance, think the group sets the bar too high for evidence, and that insurers should be required to cover screening for those diseases more broadly.

Among the hazards of performing services the evidence doesn't support, said Dr. Ned Calonge, the task force's chairman is that "all it does is spend money without benefit." The bar should be high for providing preventive care - which by definition means doing tests and procedures to healthy folks.