Vaginal Birth OK For Most Women After Cesarean

Vaginal Birth OK For Most Women After Cesarean

Listen up. The leading group of obstetricians in this country now says it's quite all right for most women who've given birth by cesarean section to try a vaginal birth the next time around. 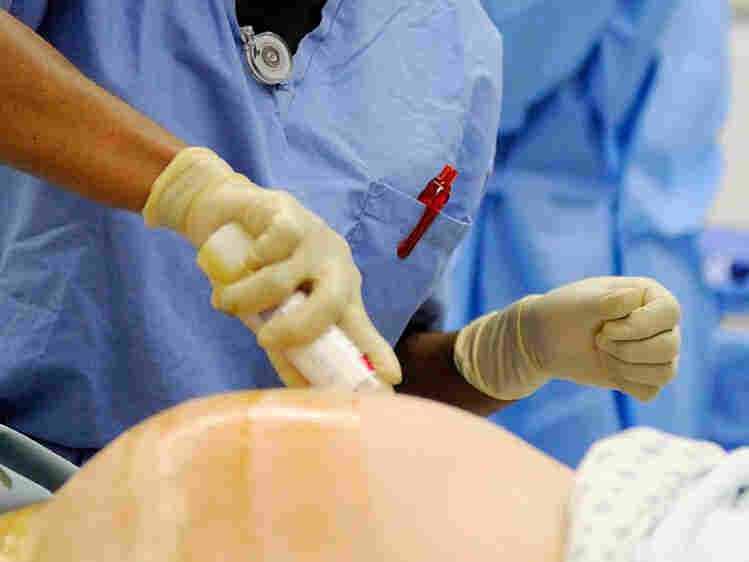 No need for a repeat C-section most of the time. Tech. Sgt. Suzanne M. Day/Wikimedia Commons hide caption

Guidelines just put out by the American College of Obstetricians and Gynecologists say a vaginal birth after cesarean, or VBAC, is the most appropriate and safe choice for the majority of women.

Because the new advice carries the ACOG imprimatur, it may give a boost to efforts to reduce the rates of repeat C-sections. Right now, only about 10 percent of women who have cesarean deliveries try a subsequent vaginal delivery. Fear of complications -- and lawsuits -- are big factors.

The ACOG guidelines follow recommendations by a panel of experts convened by the National Institutes of Health in March in support of more vaginal births.

But recommendations from ACOG and a leading group of anesthesiologists that say women shouldn't try a VBAC without the availability of emergency care if something bad happens have been blamed, in part, for the rise in C-sections.

As the Wall Street Journal's Health Blog points out, ACOG still favors women trying a vaginal birth only when the emergency staff is at the ready. But if that's not the case, ACOG says women who want to should be allowed to take the risk.