Accessibility links
Why You Should Be Happy For Bad News About Medical Treatments : Shots - Health News Despite a lack of medical sex appeal, we need a lot more studies that show us what doesn't work in health care, a Yale cardiologist argues.

Why You Should Be Happy For Bad News About Medical Treatments

Why You Should Be Happy For Bad News About Medical Treatments

This is a post about pills and operations that don't work. Or don't work as well as their proponents wanted themselves or us to believe. 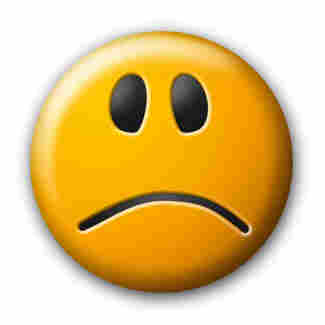 Don't be sad about clinical studies that don't pan out. iStockphoto.com hide caption

Just the other day we found out that rehab as treatment for a torn anterior cruciate ligament looks just as good as surgery plus rehab most of the time. It took until now for Swedish researchers to rigorously compare the different approaches.

Despite their lack of sex appeal, we need a lot more studies that show us when something in health care isn't worth doing, Yale cardiologist Harlan Krumholz writes in an opinion piece in Friday's Washington Post.

Drugmakers, creative surgeons and inventors of medical devices don't generally appreciate studies that show their babies aren't as effective or safe as alternatives. The risk that a head-to-head study won't break their way is often a strong deterrent to even starting a comparison trial.

Take a look at GlaxoSmithKline, maker of the controversial diabetes pill Avandia, which did a small study of the rival drug Actos and concluded it shouldn't even try a big comparison test. "We lost," an executive wrote, adding that the "data should never see the light of day...."

So it's usually up to the government to pay for studies to find out if something isn't all it's cracked up to be.

The clinical tests can be very expensive and take a long time.

A $300 million government-funded study that looked at intensive management of diabetics' blood sugar found that the results were worse instead of better than standard therapy when it came to deaths, heart problems and strokes.

Studies that find "negative results" are well worth it, Krumholz argues. "Rather than a letdown, the failure to find an advantage in an expensive strategy opens the door to doing less and spending less without worsening patient care -- and in some cases improving it," he writes.

There's a lot more money sloshing around for comparative effectiveness research, thanks to the economic stimulus bill passed last year. But the studies are hard to do. And even when they are finished, the results often go unheeded -- especially when they go against the grain.

But, Krumholz concludes, "For the right question in the right setting, a negative study may be the most positive result yet for patients and our health-care system."