Rite Aid Pharmacy's slogan is, "With Us, It's Personal." 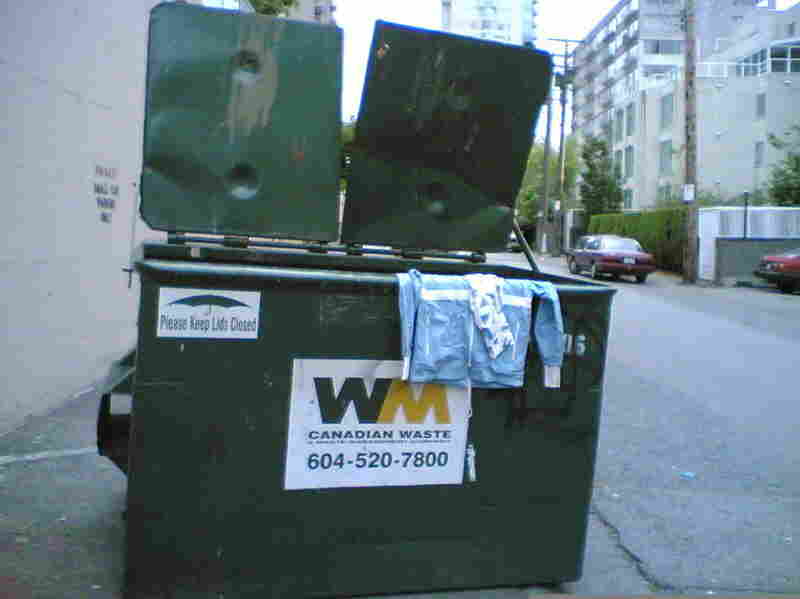 Be careful, your prescriptions might be in there. caterina/Flickr hide caption

Maybe it's just a little too personal.

HHS announced today that the Rite Aid Corp. and its 40 affiliates will pay a $1 million settlement for violating health privacy laws.

Turns out employees got caught pitching prescriptions and pill bottles into unsecured company dumpsters around the country by Indianapolis TV news reporters, and then the feds found out.

Cheryl Slavinsky, Director of PR for Rite Aid Corp. told NPR's Julie Rovner that she is not aware of harm to consumers.

"When they notified us, we cooperated with their request and will continue to cooperate," she said of the federal investigation.

The settlement is the second largest of it's kind -- the largest was a very similar action taken against the chain drug store CVS last year. CVS agreed to pay a $2.25 million dollar fine.

Both companies agreed to retrain workers on how to properly dispose of customers' personal health information. (HINT: Destroy it before tossing it into the trash.)

According to WTHR, the station that broke the story with its 2006 investigations, Walgreens is next.