Accessibility links
How A New 747 Could Get Between You And Your Doctor : Shots - Health News The Federal Communications Commission set aside a small band of radio waves for jet makers to test new planes. But medical device makers covet the same frequencies for a new generation of equipment.

How A New 747 Could Get Between You And Your Doctor

How A New 747 Could Get Between You And Your Doctor 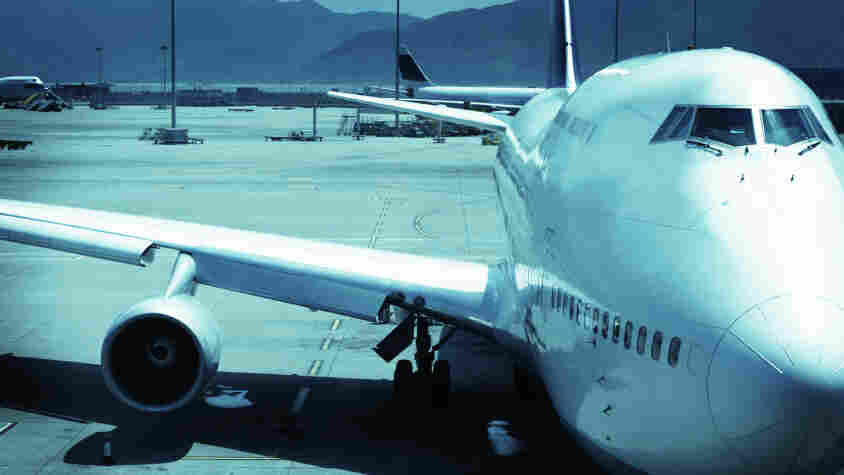 The aeronautical industry and some of the country's biggest health technology companies are clashing over whether wireless heart-rate monitors and commercial test pilots can share the same airspace.

The Federal Communications Commission set aside a small band of radio waves, at frequencies just below those used for many commercial radios, for jet makers to test new planes.

But Philips Healthcare and other device makers say that bandwidth is ideal for yet-unveiled remote monitoring devices that could revolutionize health care by allowing patients now cared for in hospitals and other institutions to stay safely at home.

Philips lead envoy on the aeronautical dispute, Delroy Smith, told us negotiations between the two industries were at a very "delicate stage" during an interview Tuesday after a public meeting of the Federal Communications Commission. Philips and other technology firms hope the commission - which has mulled the topic for months - will force the aircraft makers to share.

Smith said Philips hopes the FCC will open up the now-protected bandwidth as "a public service, part of the greater good," rather than in an auction that Bloomberg Government reports could cost up to $6 billion. He and other Philips executives think they could use the radio spectrum without interfering with the aircraft, according to a proposal they drafted for the FCC.

The risk, Smith said, is that a passing aircraft, laden with safety-testing sensors, would block wireless monitoring equipment for up to three minutes, potentially long enough for serious health problems to go undetected. Because the monitoring devices would have less powerful transmitters, he said, it's unlikely a wireless blood pressure cuff would take down a jet liner.

But Boeing, the nation's largest aircraft maker, protests. Bloomberg, which previewed the dispute last week ahead of the meeting, reports, that Boeing official says "[t]ransmitting medical signals on the spectrum would interfere with flight-test data, causing delays that would cost $50,000 an hour." Their comments to the FCC warn of the potential for "harmful interference."

The market for Philips, General Electric and other companies that sell medical devices is potentially huge, said Dale Wiggins, a Philips chief technology officer. "Every killer app we can do that will keep care out of the expensive places" - hospitals and nursing homes, for instance, - "will drive the market" for the next generation of health devices, especially as concerns about health care costs grow.

Wiggins also said the disputed bandwidth is the only radio frequency that would make that a reality. The spectrum is close enough to the bandwidths used by some cordless phones and blue tooth devices, commercial radios could be easily "tweaked," meaning the devices could go wireless at little expense.