Accessibility links
Eating More Meat, White Or Red, Is Bad For The Waistline : Shots - Health News People who ate the equivalent of one big steak a day gained four more pounds over five years than those who ate less meat. That's according to a new analysis of a major European diet study.

Eating More Meat, White Or Red, Is Bad For The Waistline

Eating More Meat, White Or Red, Is Bad For The Waistline 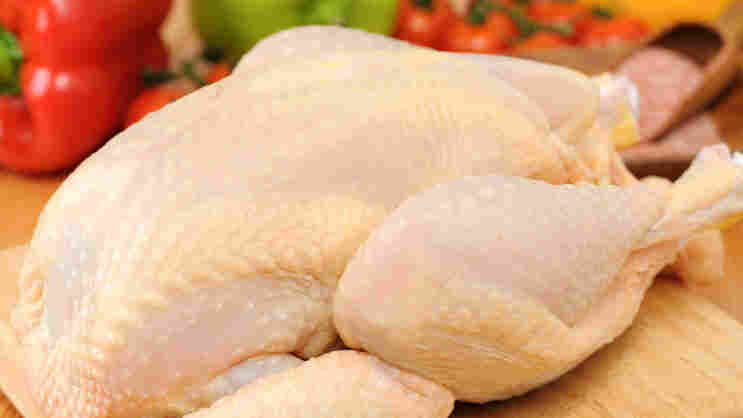 It's not just red meat or processed meat, eating too much chicken can make you gain weight, too. iStockphoto.com hide caption

What started as an evolutionary need to stave off starvation has officially tipped the biological scales the other way: The more meat we eat, the more weight we gain.

In fact, people gained about 4 more pounds over a five-year period for every extra 250 grams of meat they ate daily, according to a new analysis of a large European nutrition study. That's like adding a 450 calorie steak to your dinner every night.

We've reported that eating lots of red meat, particularly the highly-processed kind (think cold cuts and Spam, which has its own fan club) can increase health risks, but now scientists have found that consuming lots of chicken is bad for your weight, too.

And that's probably bad news for Americans. While as a nation, we've cut back on red meats, we consume about 60 pounds of chicken per person per year. Pre-cooked, breaded and fried chicken strips have made that really easy.

Researchers said that the link between weight gain and meat consumption remained strong, even when total calories, weight, sex, physical activity, and other variables were accounted for, according to the meat industry trade publication Meatingplace.

A caveat, as Food Safety News points out, is that much of the raw data analyzed for the study was based on people self-reporting their dietary habits. There's always room for a little stretching of the truth there -- who hasn't neglected to mention that mid-morning doughnut?

But check it out for yourself. The results will be published next month in The American Journal of Clinical Nutrition.