Accessibility links
Senators Call On FDA To Rule On Alcoholic Energy Drinks : Shots - Health News Eight months ago, the Food and Drug Administration asked makers of beverages containing alcohol and caffeine to prove the drinks are safe. So far, nothing's been made public.

Senators Call On FDA To Rule On Alcoholic Energy Drinks

Senators Call On FDA To Rule On Alcoholic Energy Drinks 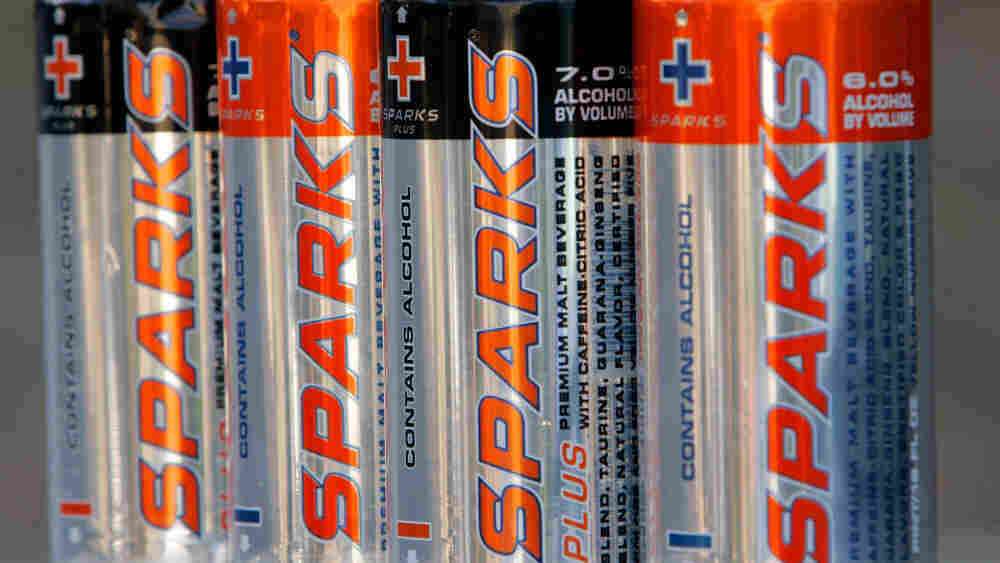 MillerCoors took the caffeine out of their alcoholic drink, Sparks, but others still make the combo. Reed Saxon/AP hide caption

More than eight months ago, the FDA asked beverage makers to prove that their popular products combining alcohol and caffeine are safe.

But the agency has not issued any results publicly from the investigation. Today, a handful of Democratic senators are demanding some answers.

"The FDA needs to determine once and for all if these drinks are safe, and if they’re not, they ought to be banned,” said Sen. Charles Schumer (D-NY) in a statement.

According to the FDA, you have to prove that what you're adding to a food product is safe. If there's no proof that adding caffeine to alcohol is safe -- that could technically mean these drinks are illegal.

Then there's the marketing issue.

“Caffeinated alcoholic beverages are being marketed to American youth and present a potential hazard for our young people,” Sen. Jeff Merkley, (D-OR).

It's no surprise that people in their 20s are big consumers of these combo products. They look cool and fun. Up to 25 percent of college students seek out that buzz-chill mix, and they think it helps them stay up longer and drink more, researchers say.

And, those who mix alcohol with caffeine are more likely to engage in risky behavior, like driving home, other researchers say.

Big manufacturers like MillerCoors stopped putting caffeine into their alcoholic drinks a couple of years ago, after threat of a lawsuit from several attorneys' general who were concerned about their appeal to underage drinkers and the potential ill-health consequences.

But there are at least 30 manufacturers still offering these drinks, the senators note in a letter to the FDA released today.

The FTC is looking into the marketing questions.

FDA has not yet responded to a request for comment, but we'll update you when they do.