Accessibility links
Midwives Object To Analysis Of Risk To Babies Born At Home : Shots - Health News An editorial in a leading medical journal says while studies have shown it's safe for moms to give birth at home, it's not clear the same is true for babies.  It advises women with high-risk pregnancies opt to deliver in a hospital.

Midwives Object To Analysis Of Risk To Babies Born At Home

Midwives Object To Analysis Of Risk To Babies Born At Home

As more women are weighing whether they should give birth in the comfort of their living rooms, a controversial new study suggests home birth can be more harmful to newborns than hospital births. 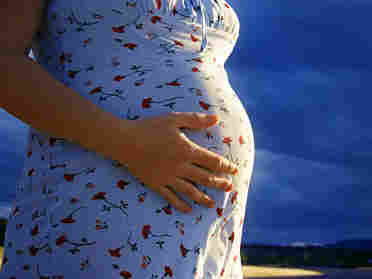 There's been a rise in women giving birth outside hospitals. istockphoto.com hide caption

But the American College of Nurse-Midwives is objecting to the way that study was conducted.

"I'm surprised the study is getting as much traction as it is," Holly Powell Kennedy, president of the American College of Nurse-Midwives, tells Shots.

The American Journal of Obstetrics and Gynecology study, published earlier this month, drew from 12 previous studies, finding that babies delivered by planned home births had a mortality rate up to three times as high as babies in planned hospital deliveries.

And an editorial in the medical journal The Lancet threw its weight into the debate, calling the AJOG research the strongest evidence yet that home birth can be safe for moms, but may not be as safe for babies.

Kennedy says that the analysis included studies that didn't distinguish between planned and unplanned home birth. Plus it excludes recent, credible studies about home birth in favor of older and discredited studies, she says.

The Lancet article says that the higher risk of death among babies who underwent home birth had to do with breathing difficulties and unsuccessful resuscitation. It attributes both of those factors to inadequate midwife training and lack of access to necessary medical equipment.

Kennedy agrees that appropriate training is important. She urges expectant women to ensure that their midwife is certified, has experience attending women at home and has access to resources that are needed for the birth.  Kennedy also says that it's important that women have the ability to transfer to the hospital, if necessary.

In recent years, more women are choosing to give birth at home. According to The Lancet, 1 percent, or about 25,000, of U.S. births are home deliveries.  An analysis from the National Center for Health Statistics found that 61 percent of home births in 2006 were overseen by midwives. Of those, 27 percent were certified nurse midwives.

"Home delivery is an option for mothers with uncomplicated pregnancies, provided they are advised of the risks involved, have one-to-one midwife care (that includes good resuscitation skills and accreditation by a local regulatory body), and live in a location that allows quick access to obstetric care," the editorial says.

But it says women who have high-risk pregnancies should opt to deliver in a hospital.