Accessibility links
Calif. Firm Recalls 1 Million Pounds Of Ground Beef : Shots - Health News After at least 7 people got food poisoning, a meat company recalled many lots of ground beef and beef patties, most of which was processed in late 2009. 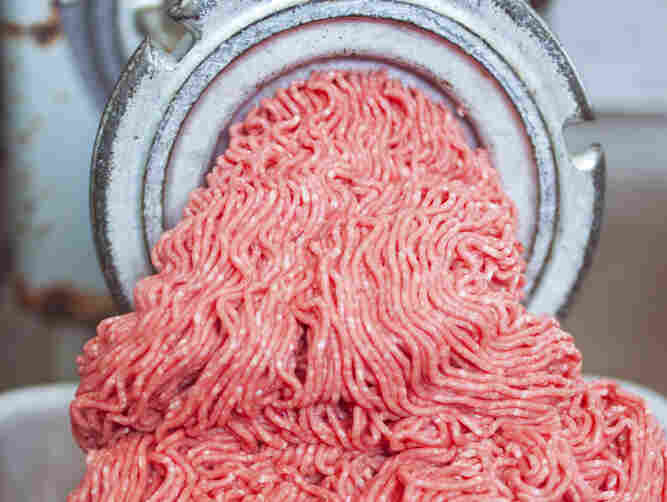 A million pounds of ground beef is a big recall, no matter how you grind it. Kelly Cline/iStockphoto.com hide caption

Unfortunately, food recalls have become such a regular feature of daily life that it takes one really out of the ordinary to get people's attention.

You read that right: 1 million pounds. If you figure that each head of cattle yields about 432 pounds of butcherable meat, then the recall would be the equivalent of more than 2,300 animals.

The problem: 7 people came down with nasty infections caused by E. coli O157:H7 that may have come from the meat, the U.S. Department of Agriculture says. That bug produces toxins that can wreak havoc on your intestines and, in some case, damage other organs.

The suspect meat was sold in California, Texas, Oregon, Arizona and overseas. Most of it was frozen. To identify products from Valley Meat, look for "EST. 8268" in the USDA inspection mark. The company's website is supposed to have a full list of the affected products, but the computers there seemed overwhelmed when when we tried to check late Friday.

But you can get also get a rundown from the USDA.