Accessibility links
Salmonella And Norovirus Top Rogues Gallery Of Food Hazards : Shots - Health News When it comes to illnesses caused by contaminated food, salmonella and the virus that causes the stomach flu are the most frequent culprits, the Centers for Disease Control and Prevention reports. Poultry, beef and leafy vegetables were riskiest. 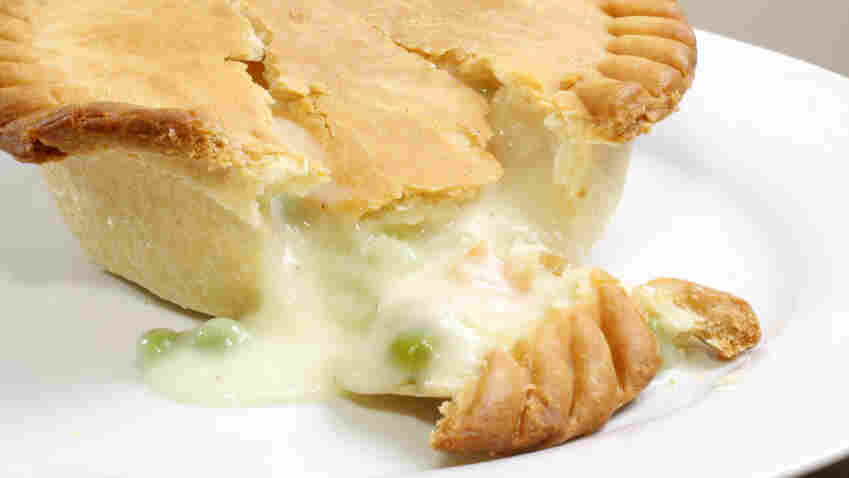 One of the biggest multistate outbreaks of salmonella in 2007 involved frozen pot pies. iStockphoto.com hide caption

Unfortunately, we find ourselves writing all too often about the latest food recall or outbreak of illness caused by something we assumed was good for us.

With all these scattershot reports, what should you really be concerned about? Well, the Centers for Disease Control and Prevention has crunched the reports on foodborne illnesses from 2007, the most recent year with finalized data, and we have a rundown of the bugs and foods to watch out for.

But first a little good news, there were 8 percent fewer outbreaks of illness from contaminated food in 2007 (1,097) than the annual average in the preceeding five years (1,193).

Which bugs were worst? The stomach flu, or norovirus, caused the most trouble --  39 percent of the single-source outbreaks reported. Salmonella was next at 27 percent.

But unless you're some whiz-bang microbiologist culturing your food before eating, you're probably more interested in what types of food were involved the most. The CDC has got that info, too. In 2007, the leading source of outbreaks that could be traced a single, specific cause were:

Some of the particularly bad outbreaks in 2007, in case you've forgotten, involved salmonella in frozen pot pies that sickened more than 400 people and killed three, and some hummus, also tainted with salmonella, that made more than 800 people sick.