Accessibility links
Husbands Who Earn Less Than Wives Are More Likely To Cheat : Shots - Health News If a guy earns less than his wife or live-in girlfriend, he's more likely to cat around. On the other hand, women who made less than their mates are more prone to fidelity. 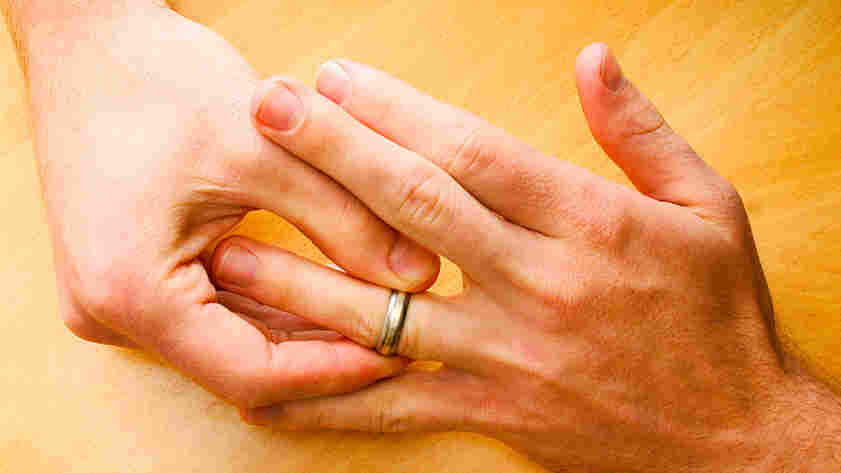 Guys who make less than the women they love are more likely to stray. Jonathan Werve/iStockphoto.com hide caption 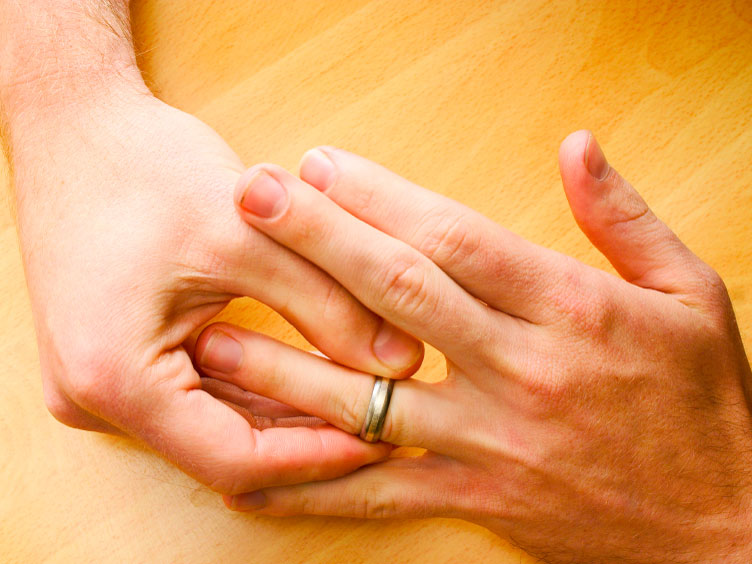 Guys who make less than the women they love are more likely to stray.

Men who are financially dependent on their wives and live-in girlfriends are five times more likely to cheat than those who made the same amount of money, according to a study that looked at trends in infidelity.

But ladies, if your guy makes a lot less than you do, it doesn't mean you should call off the wedding -- or hire a private eye -- just yet.

"Don't take these results and panic and think they're directly applicable to you and your relationship," Christin Munsch, a Ph.D. candidate in sociology at Cornell University and author of the study, tells Shots.

Munsch says that each relationship is still unique, and infidelity remains a relatively uncommon occurrence. About 7 percent of men and 3 percent of women cheated in the study's six-year period.

Nevertheless, Munsch says that the results may be counterintuitive. "It's not exactly rational," she says. "If you're economically dependent on someone, you probably shouldn't cheat on them."

Well, matters of the heart rarely adhere to hard-boiled logic. When a man makes less than his female partner, the discrepancy can challenge "the traditional notion of men as breadwinners," Munsch writes in her analysis of the results.

So some men may feel the need to prove their manliness on the sly. The trend is particularly strong in subgroups that may hold the idea of traditional masculinity in high regard, like Latino men, she found.

Women, on the other hand, were more faithful when they were financially dependent on their male partners.

In her research, Munsch looked at data from the National Longitudinal Survey of Youth taken from 2002 to 2007. She focused on married and cohabitating 18- to 28-year-olds who were together for longer than a year.

Freeloading men aren't the only troublemakers. Munsch's work, which was presented at the American Sociological Association's annual meeting on Monday, also found that men were more likely to cheat when they made a lot more than their partners.

The safest matches, Munsch says, are those where each person made the same amount of money, and those where the husband made a little more.

The study also found that the more often people attend religious services, the more education they have and more satisfied they are with their relationships, the less likely they are to cheat.

Now, we did wonder how much to trust the answers of people responding to survey questions about adultery. Munsch concedes people probably aren't 100 percent honest about their infidelity. But the likelihood that some people failed to fess up about straying wouldn't undercut the study.

In fact, she tells Shots, the ability to detect a relationship between financial dependence and infidelity -- even with the limitations of a survey -- gives her confidence it exists "in the real world."

Her results haven't been published, but she says she'll submit them soon to a peer-reviewed journal.