Accessibility links
Antidepressant Cymbalta On Track For Approval As Pain Pill : Shots - Health News An expert panel supported Food and Drug Administration approval of a popular antidepressant for the treatment of chronic back pain. The experts came out against use of the medicine for knee pain from arthritis, though.

Antidepressant Cymbalta On Track For Approval As Pain Pill

Antidepressant Cymbalta On Track For Approval As Pain Pill 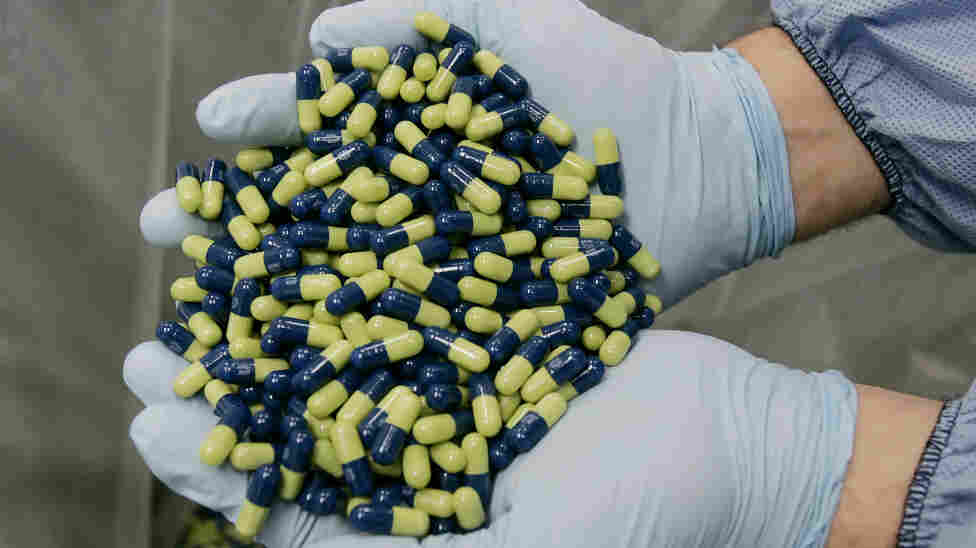 A technician checks out some Cymbalta capsules at a Lilly factory in Indianapolis. Darron Cummings/AP hide caption

If the Food and Drug Administration follows the advice from a panel of experts, the antidepressant Cymbalta will be approved for an entirely different ailment that afflicts millions: chronic pain.

The panel voted 8-6 yesterday in favor of Eli Lilly's proposal to sell Cymbalta for treatment of pain in a "broader population." How broad, or narrow, will be up to the agency to decide.

But the panel supported the drug for chronic back pain while giving arthritis pain of the knee a thumbs-down.

So assuming the FDA heeds the panel's guidance, which it generally does, Cymbalta would join some other medicines first sold as antidepressants then marketed for some very different uses.

Ever hear of Zyban, a pill prescribed to help smokers kick the habit? Well, the medicine was first sold as Wellbutrin, an antidepressant, before its ability to help some smokers quit was demonstrated.

Then there's Sarafem, a new name for Lilly's era-defining antidepressant Prozac. Relabled as Sarafem, the medicine is prescribed for women with premenstrual dysphoric disorder.

Besides depression, we should point out Cymbalta is already approved to treat anxiety, fibromyalgia and nerve pain resulting from diabetes.

Before the drug finds wide use as a pain pill, there are some side effects to consider. The medicine carries a boxed warning, the most severe type, about suicidal thoughts and actions in young people. The most common side effect is nausea. Others include dry mouth, constipation and sleepiness.

Finally, Lilly has drawn criticism for playing up Cymbalta's effects on pain associated with depression. Nearly three years ago, a researcher in Minnesota faulted the company's ad campaign, featuring the tagline "Depression Hurts," after analyzing five published studies and concluding the relief was only tenuous, the Wall Street Journal Health Blog reported at the time. Lilly defended the ads, saying they were supported by the data.