Accessibility links
Egg Recalls Ripple Through Food Supply : Shots - Health News The massive recalls of eggs due to salmonella risks reveal how eggs produced by a few big companies get repackaged and sold under many brand names. California, a big market for Iowa eggs, has been hit particularly hard. 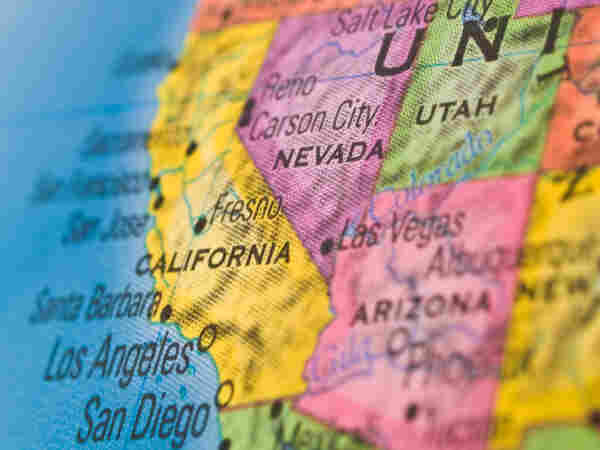 New problem? Not exactly. We checked with a Food and Drug Administration spokeswoman who called this a "sub-recall." Huh?

It turns out that Moark gets eggs from Hillandale Farms of Iowa, which recalled 170 million eggs last Friday, repackages them and sells them under a bunch of different names. So the Moark recall is really an echo of the Hillandale problems.

Less than 200 big companies -- including Hillandale and Wright County Egg, the firms at the center of the current recalls -- supply 95 percent of the eggs in this country, the Washington Post reports.

Wholesalers and distributors routinely repackage those eggs for sale under other names.

Enter Moark. When the company learned some its eggs had come from Hillandale, Moark told its customers to remove the affected ones from shelves and let the FDA know what was going on. "None of the eggs were produced at Moark facilities or operations," Craig Willardson, Moark's CEO, said in a statement.

Moark is just the latest California connection. Some 266 cases of salmonella that may be related to egg contamination have been identified in the state so far, the Los Angeles Times reported.

Turns out that Iowa is the No. 1 producer of eggs by a country mile. Nearly 53 million hens were laying eggs in Iowa -- about double the number in Ohio, the egg runner-up -- according to 2008 figures from the Iowa Egg Council.

And who's snapping up all those eggs? Well, a lot of Californians. The Des Moines Register reports about 7 percent of Iowa's eggs go to the Golden State.

California produces a lot of eggs, but not enough to meet residents' demand. About one-third of shell eggs, the type affected by the recall, sold in California come from out of state. And Iowa eggs account from more than 40 percent of California's egg "imports," the Register says.