Accessibility links
Calorie Counts Are Coming To The Menu : Shots - Health News Ever wonder how many calories are lurking in your favorite fast food or chain restaurant meal? Restaurant chains now have to prominently display the calories in standard menu items. The FDA is fine-tuning the rules for other nutritional information.

Calorie Counts Are Coming To The Menu

Calorie Counts Are Coming To The Menu 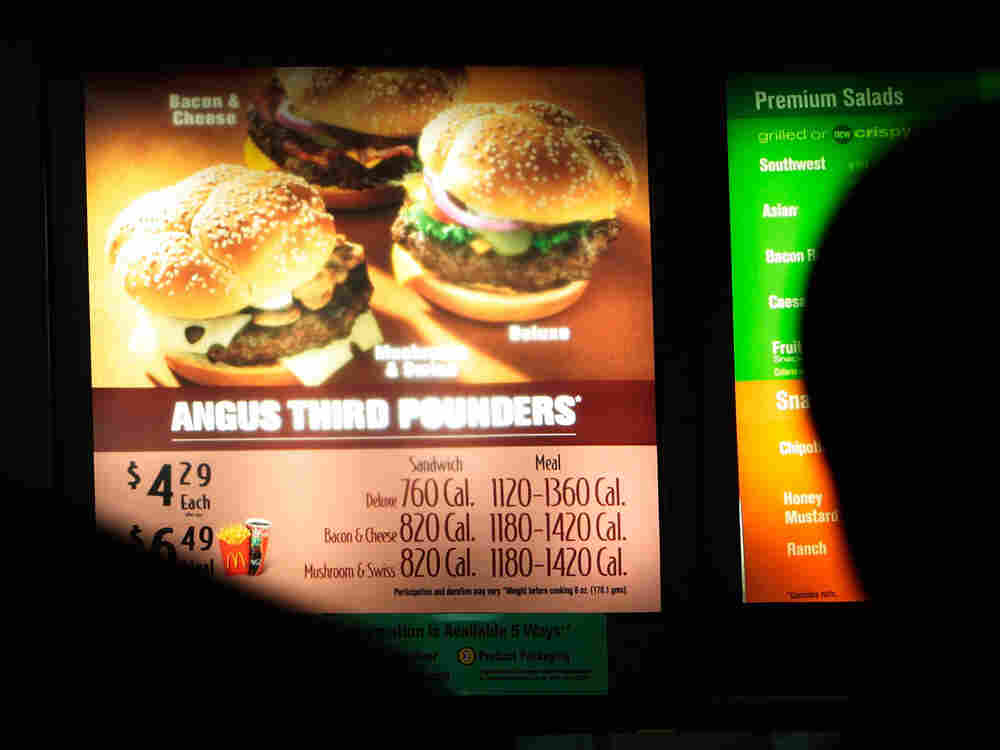 You better get used to seeing calorie counts like these. Chris Hondros/Getty Images hide caption 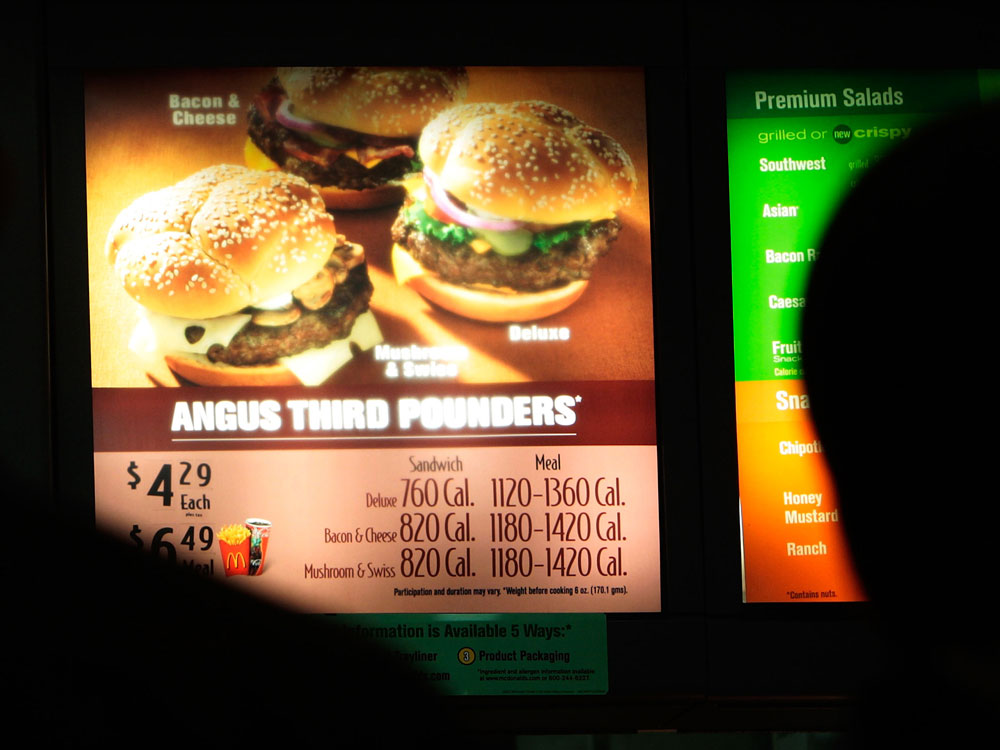 You better get used to seeing calorie counts like these.

Are you ready for the truth about how many calories are lurking in your favorite fast food or chain restaurant meal?

The Food and Drug Administration unveiled some ideas Tuesday on how it plans to implement requirements under the new federal law overhauling health care for better nutritional labeling on the menus of restaurant chains with 20 or more locations.

First, though, you may have noticed calorie counts popping up pn some menu boards already. The requirement for posting calories went into effect March 23rd. And over the weekend we noticed our local Panera was already in compliance. We opted for a Power Breakfast Sandwich (360 calories) over an Apple Crunch Muffin (450 calories) as a result.

Be on the lookout for calorie counts for alcoholic beverages, too. Those are required, the FDA says, though the breakfast chains we frequent don't seem to offer booze, beer or wine.

The regs will apply only to standard menu items, food that's displayed ready for eating and, believe it or not, self-service food, such as salad bars. How we'll ever figure out the true count for calories we're piling onto our plate seems beyond our rudimentary math skills.

Another trouble spot for calorie-conscious diners is custom orders. If you want your Cobb salad without bacon or your hamburger sans the usual toppings, estimating the calories will be up to you. Subtraction seems easy enough. But those days when we double up on cheese or add bacon to our burger might pose more of a challenge.

Other food not subject to calorie counts include daily specials, seasonal items (as long as they're not offered 60 or more days a year) and food that's part of a marketing test.

Beyond the prominent calorie counts, the law also requires that other nutritional information, such as the amounts of saturated fat, cholesterol and sodium, be available in written form, if people ask for it.

The FDA has until next March to come up with binding regulations. For now the agency isn't enforcing even those provisions on calories that already took effect. The first tickets probably won't be written until sometime next year, after some unspecified phase-in period.