Accessibility links
Genetic Tests Get Mixed Results For Blood Thinners : Shots - Health News In anticipation of a generic version of the blood thinner Plavix, a debate over the value of a genetic test to predict patients' reaction to the medicine is heating up.

When it comes to genetic testing, one of the long-heralded promises for patients is that a quick look at their genes will help doctors decide which medicines will work best for all sort of illnesses. 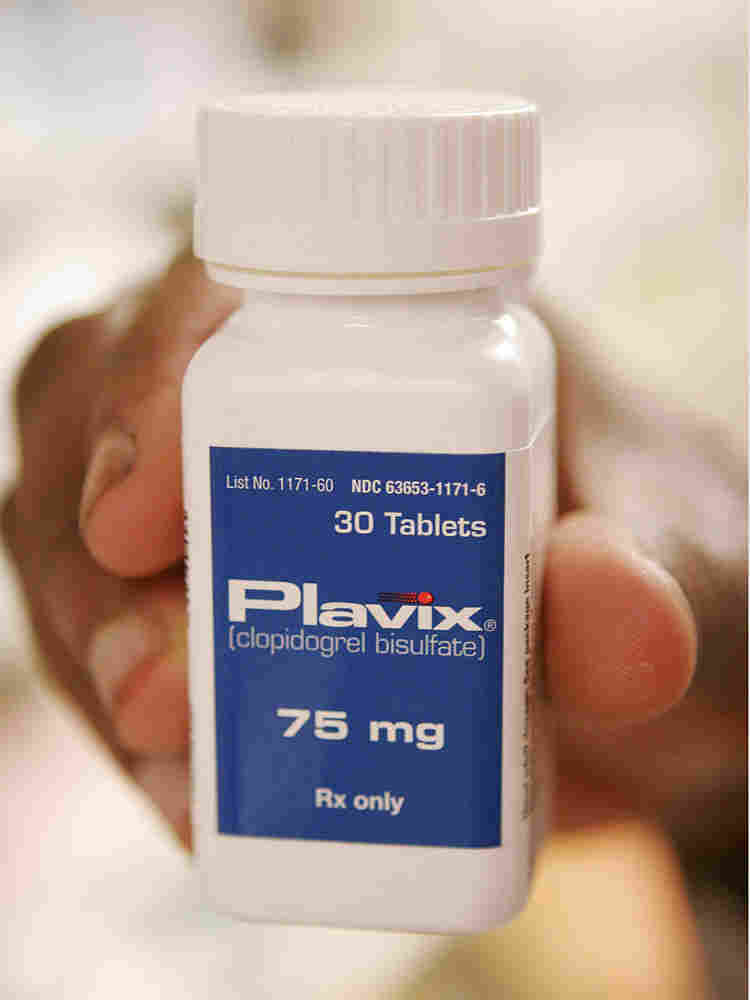 Does a genetic test for how patients may react to Plavix make a difference in care? Mark Lennihan/AP hide caption 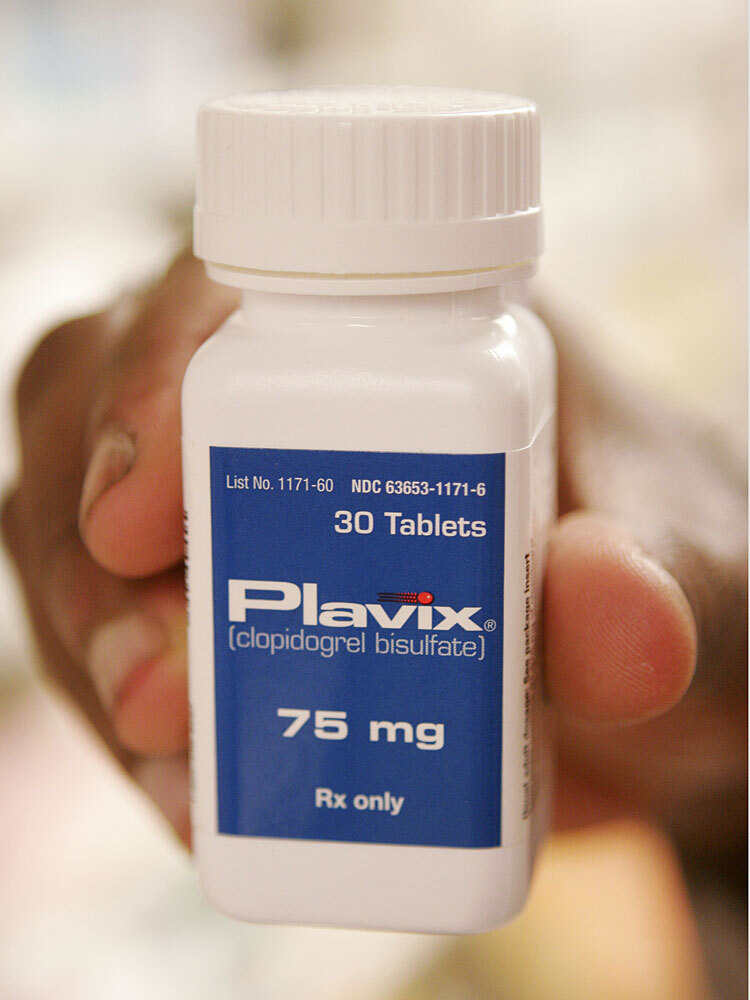 Does a genetic test for how patients may react to Plavix make a difference in care?

So far, the biggest payoff has probably come for cancer patients. The genetic fingerprint of a breast tumor can determine what a targeted drug like Herceptin has a shot at helping or isn't worth the trouble and expense.

Another real-world use is figuring out in advance how patients' bodies are likely to process the blood-thinner Plavix, one of the best-selling drugs in the world. In fact, Plavix's instructions have carried a stern boxed-warning since March that say patients with a particular genetic marker may not get much benefit from the medicine.

The problem: Their livers are slow in converting the main chemical inside the pill into a useful drug inside the body. Plavix, and drugs like it, are prescribed to prevent clots that can cause heart attacks or strokes.

Patients can get tested for the trait that indicates slow metabolism of the medicine. But heart doctors, as the Wall Street Journal reports, "have been in a quandary about whether to offer genetic tests to patients and what to do if they turn out to be resistant to Plavix."

That decision may get even harder to make in the wake of results of a study, funded by the companies that sell Plavix, suggesting the drug works about the same for patients, regardless of how they do on the typical genetic tests. The findings were published online by the New England Journal of Medicine.

The genetic trait didn't make as much of a difference "as you might have guessed," Robert Califf, a Duke cardiologist, told the Journal.

Still, two other studies published in the Lancet (here and here) support the use of a genetic test for figuring out whether Plavix will work. They also show that patients who are candidates for competing drugs, one experimental and one on the market, don't need a genetic test ahead of time. The makers of those rival treatments sponsored the tests.

Starting next year, the question is going to get a lot more attention. Plavix goes generic, and it will be a lot cheaper. Medco, the big drug benefits manager, has launched its own study to see if Plavix is just as good as Effient, a rival brand-name drug that's now available, in patients whose genetic tests show no problem with metabolism.

If so, the pressure will build to save money by using generic Plavix when possible.