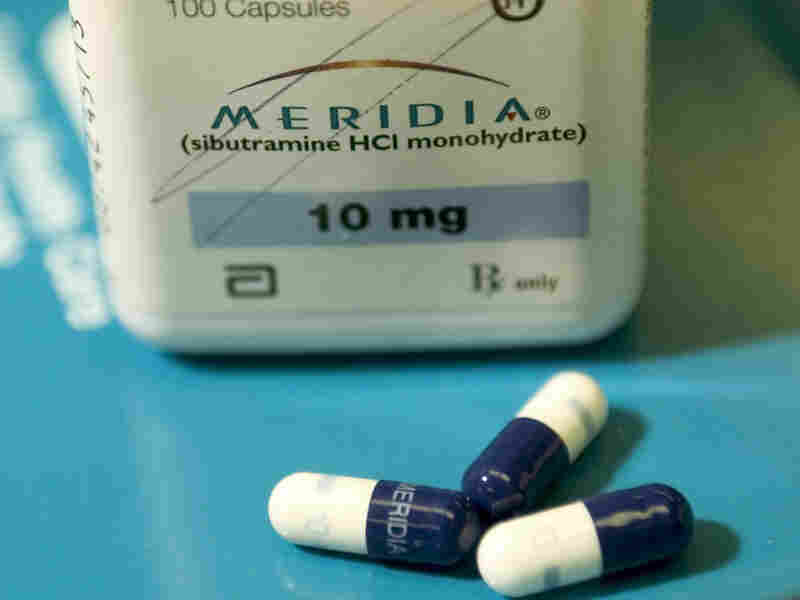 A 13-year-old diet pill is getting fresh scrutiny for side effects. Getty Images hide caption 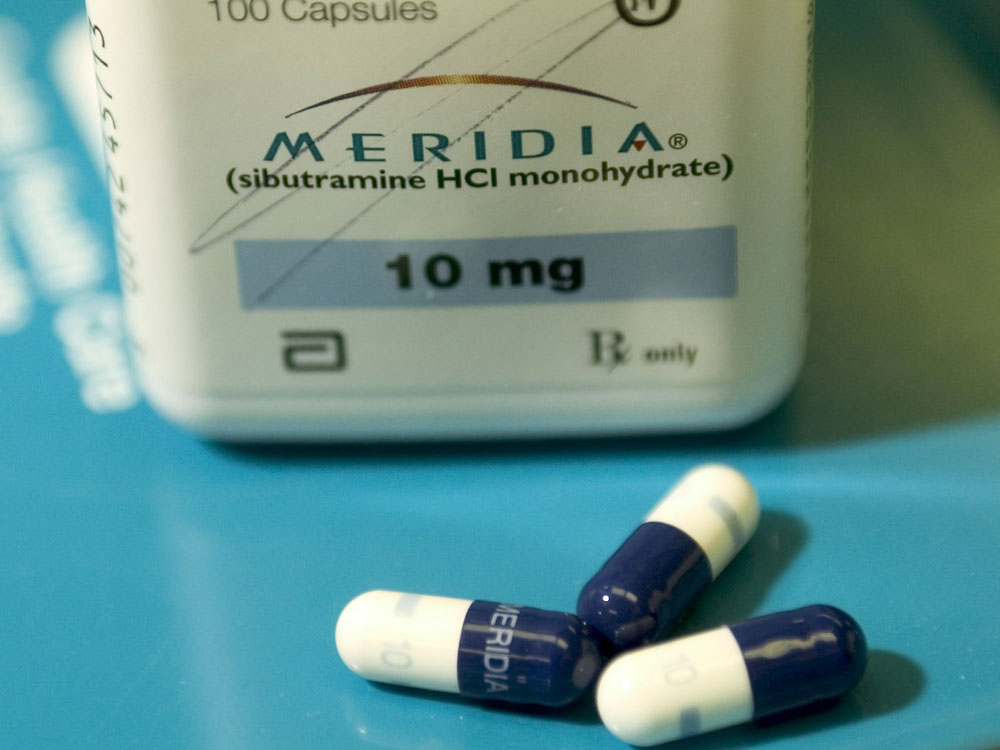 A 13-year-old diet pill is getting fresh scrutiny for side effects.

Now, finally, we're finding out details on exactly how much the daily appetite suppressant increases the odds for heart attacks and strokes. And the findings led top editors at the New England Journal of Medicine to label Meridia "another flawed diet pill" and call for it to be yanked from the market.

The FDA is convening a meeting of expert advisers next month to review the latest data and to make recommendations about the drug. Here's what they'll be considering.

A study of nearly 10,000 obese or overweight people at high risk for cardiovascular trouble found Meridia increased the risk of nonfatal heart attacks by 28 percent and nonfatal strokes by 36 percent compared to a sugar pill.

Among the patients, all 55 and older, who took Meridia for an average of about 3 1/2 years, the rate of nonfatal heart attack was 4.1 percent compared with 3.2 percent for those on placebo. For nonfatal strokes the rates were 2.6 percent on Meridia vs. 1.9 percent on placebo.

Even before Meridia, an appetite suppressant, hit the market, the agency was concerned about the daily pill's tendency to raise blood pressure and increase heart rate and the chances it could put patients at greater risk for cardiovascular disease. Others figured significant weight loss for people taking the drug could improve heart health.

The study's authors took comfort in the findings that deaths from strokes and heart attack weren't significantly higher among the people who took the diet pill instead of placebo. Average blood pressure fell a little in both groups. The results, they said, showed the drug shouldn't be used by people with pre-existing cardiovascular conditions.  Abbott, Meridia's maker, funded the research.

But, as the NEJM editorial concludes, the whole rationale for using the medicine is suspect because in this clinical trial the net weight lost was 4.5 percent -- less than the 5 percent that FDA considers the minimum for such drugs -- and there was no improvement, as was anticipated, for cardiovascular disease.

Ultimately, Meridia's risks outweigh the benefits, the editorial says, and "it difficult to discern a credible rationale for keeping this medication on the market."