Accessibility links
In Weight-Loss Struggle, Americans Are Leery Of Pills : Shots - Health News Out-of-pocket costs and side effects are two reasons people are reluctant to try diet drugs or supplements, according to a nationwide survey conducted for NPR. So how much weight would someone have to lose to consider taking them?

In Weight-Loss Struggle, Americans Are Leery Of Pills

In Weight-Loss Struggle, Americans Are Leery Of Pills 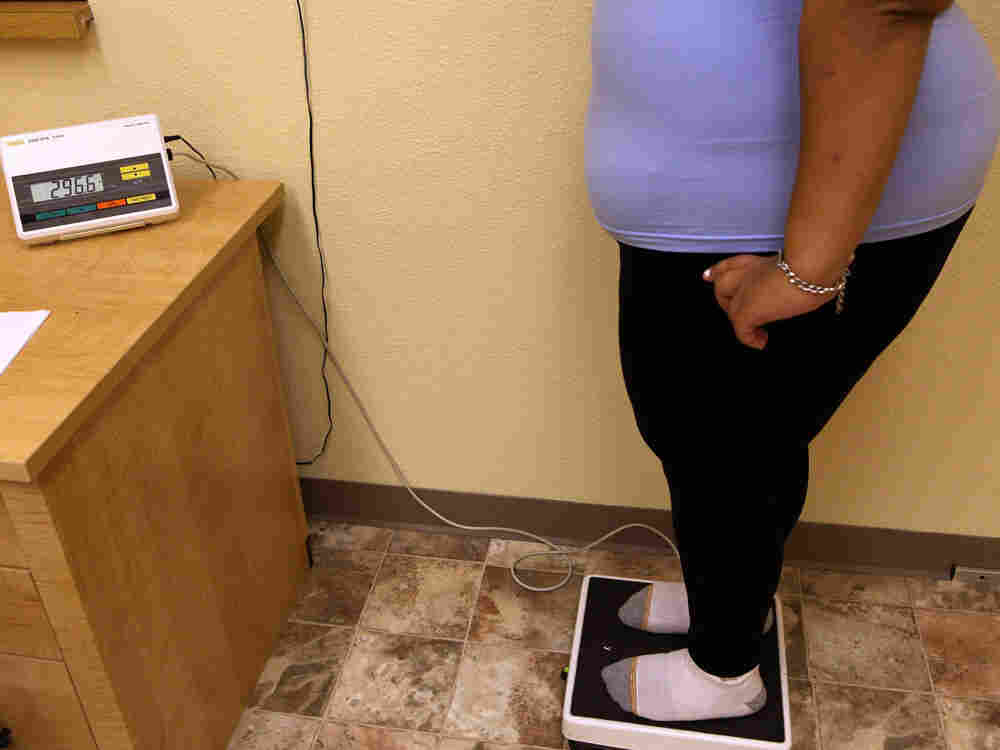 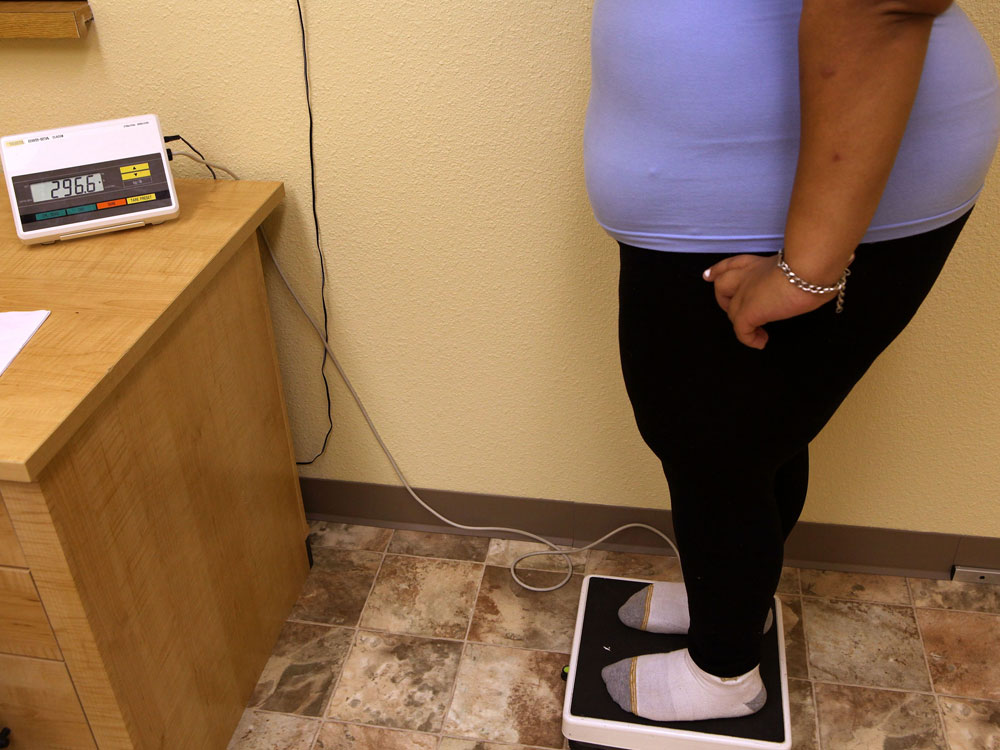 A student weighs in at Wellspring Academy, a special school in Reedley, Calif., that incorporates weight loss with academic studies.

Have you taken a pill or supplement to lose weight? Would you?

With several drugmakers working on new medicines to help overweight people shed pounds, we wondered how Americans view the idea these days.

A bunch of previous medicines, most notably the two-drug combination known as fen-phen, have been tripped up by side effects. In July, an expert panel advising the Food and Drug Administration recommended against approval of a new pill, citing safety concerns. And just this week, new data on risks posed by the daily diet pill Meridia, available since 1997, have led some to call for its withdrawal from the market.

We asked the folks at Thomson Reuters to help us gauge public opinion on diet drugs and supplements. In early August, they talked with more than 3,000 people, and asked for information on their weights and heights to help put the answers in perspective.

Some 58 percent of the people surveyed had body mass indexes of 25 or more, meaning they are overweight, obese or morbidly obese. That's about what we expected -- other surveys have shown that about two-thirds of Americans have some sort of weight problem.

More than half of those surveyed -- 52 percent -- said they have tried to lose weight in the last year. About three-quarters of those who are obese or morbidly obese have tried to do so. The most common goal, reported by about a third of respondents, was to lose between about 10 and 20 pounds.

OK, so weight's a common problem and most people with extra pounds are trying to slim down. But have they ever turned to a prescription drug, over-the-counter medicine or supplement for help?

Not really. Only 15 percent ever have tried one, the survey found. The morbidly obese were most likely to have done so, with 35 percent having taken something at some point.

One reason may be cost. Nearly three-quarters of the people polled say they're unwilling to spend any money out of their own pocket for a weight-loss medicine or supplement. That finding was pretty consistent, regardless of age, income or education. For those willing to pay something, less than $25 a month was the most tolerable amount and seemed OK to about 18 percent of people surveyed.

Finally, what about side effects? Every medicine has some. What would people tolerate in a diet remedy? Nearly half of those surveyed -- 49 percent -- said they wouldn't accept any side effects. Forty-six percent said they would be OK with minor problems such as a headache or dry mouth.

For the morbidly obese, the picture was different. Only 19 percent of those respondents put the side-effect bar at zero. Two-thirds of them would tolerate minor side effects. Some 11 percent would accept moderate problems (such as insomnia), and nearly 4 percent would be wiling to risk severe trouble such as liver or heart complications.

The survey had a margin of error of plus or minus 1.8 percentage points.

Click here to see the questions asked and get the full results.