Accessibility links
3 Tips For Picking A Slightly Better Doctor : Shots - Health News What should you look for in doctor? A woman who graduated from a U.S. medical school and passed the boards for her specialty. But the quality advantage is a small one, and probably isn't reason enough to switch doctors.

Between the Internet and all the data insurance companies and the government collect on doctors, you'd think it would be a lot easier than it used to be to find a good one. 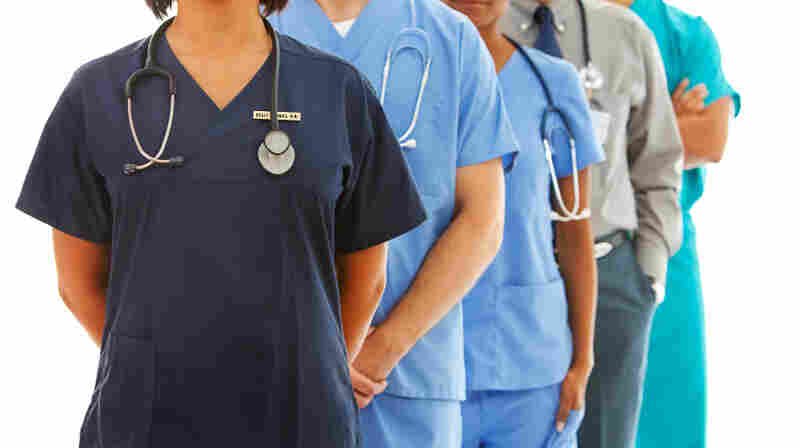 But it's not. Most of us (and I'm looking in the mirror right now) rely on word of mouth when it comes to finding primary care doctors. And that might not be so dumb, according to a study of Massachusetts doctors just published in the Archives of Internal Medicine.

Turns out that the public information you can get, such as malpractice claims, doesn't really help separate the great doctors from the crummy ones.

What make a difference?

1. Gender: Women are slightly better doctors than men, scoring about 1.7 percentage points higher on a complex set of quality measures from RAND Corp. The average for doctors in the study was a score of 62.5 percent, though, so the gender difference isn't a big one.

2. Board Certification: Has the doctor you're interested in passed the tests for a particular specialty? If so, that's good for a 3.3 percentage point advantage on the quality scale.

3. Domestic Medical School: On average, a doctor who graduated from a U.S. med school scored 1 percentage point higher than one who went to school overseas.

Things that didn't make a difference in the average doctor's quality: Years in practice, going to a top-ranked med school vs. an also-ran, and having no paid malpractice claims vs. one or more.

So how big a difference would it make if you slavishly follow the results? Picking a female doctor who graduated from a U.S. med school and is board certified over a male who went to school overseas and doesn't have board certification is worth a grand total of 5.9 percentage points on the RAND quality yardstick.

Now, that's not nothing. But it's not all that much either when you consider how much variation there is both groups. The range of performance that covers the 5th percentile of docs to the 95th percentile is nearly the same -- quality scores from about 48 percent to 75 percent.

So, as the authors conclude, "there is little evidence to suggest that a patient will consistently receive higher quality care by switching to" a doctor with the three characteristics that were associated with better scores.

And, the study has its limitations, including the fact that it was confined to Massachusetts, where there are lots of academic medical centers and an overall quality of care that is higher than the national average. It could be, the authors write, that individual doctor's characteristics are less important against a high quality backdrop.

Also, the findings don't fit with some earlier work that shows a doctor's years of experience can make a difference in quality. An earlier analysis showed that being in practice longer was actually associated with lower quality care.

How have you picked doctors? What works best?