Accessibility links
Number Of Americans With Health Insurance Fell In 2009 : Shots - Health News The number of people in the United States with health insurance decreased for the first time since 1987.

Number Of Americans With Health Insurance Fell In 2009

Number Of Americans With Health Insurance Fell In 2009 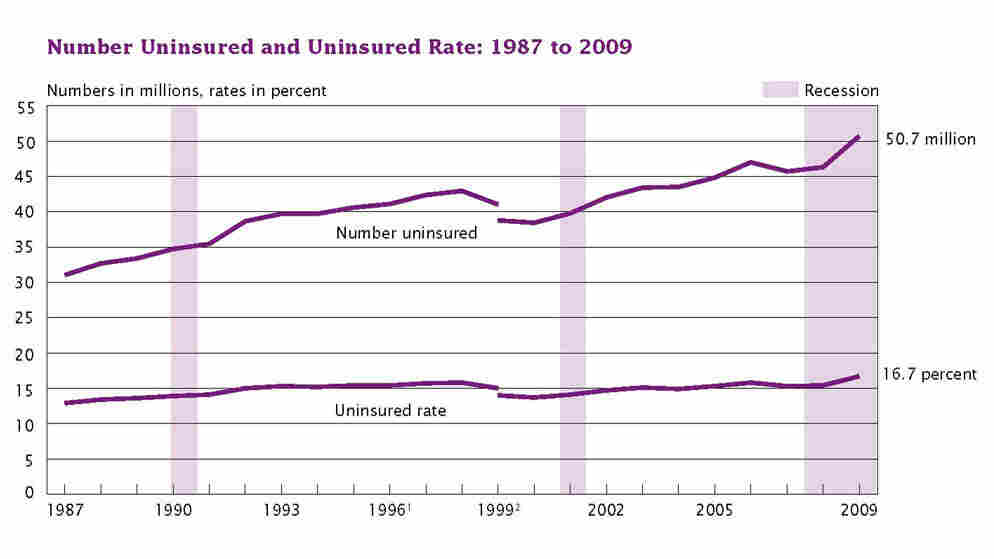 As Congress debated health overhaul last year, a big part of the discussion was exactly how big a problem the uninsured are.

Well, the latest data are pretty grim. For the first time since 1987, the number of people in this country with health insurance went down.

In 2009, 253.6 million people in this country had coverage compared with 255.1 million the year before, says a report on poverty just out from the U.S. Census Bureau. All told, 50.7 million Americans didn't have health insurance last year.

Now that health overhaul is law, Americans will have to get covered or pay a penalty, starting in 2014. Unless legal challenges to the insurance mandate prevail. By 2019, the law is expected to extend coverage to some 32 million Americans who wouldn't otherwise have it.