Accessibility links
Calif. Whooping Cough Cases Near 55-Year High : Shots - Health News The state health department now says there have been nine death — all babies. The infants were 2 months old or younger when they got sick. Eight were Hispanic.

The sad story of the whooping cough epidemic that's hit California this year keeps getting sadder. 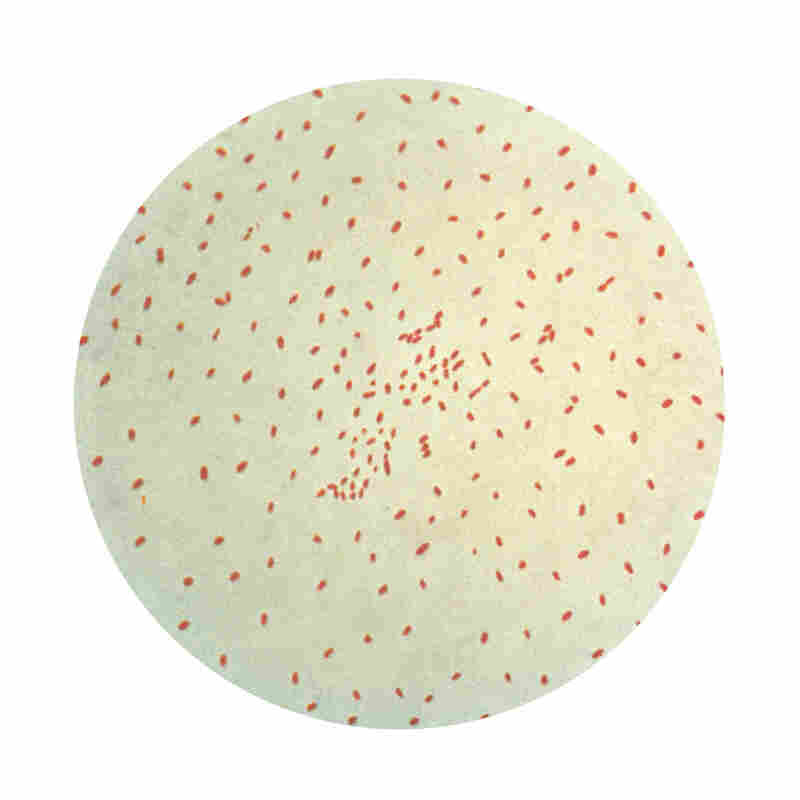 These little red specks are the bacteria that cause whooping cough. CDC hide caption

The state health department now says there have been nine death — all babies.
All the infants were 2 months old or younger when they got sick. Eight were Hispanic.

Overall, more than 4,000 cases of whooping cough, or pertussis, have been reported this year. That's the most since nearly 5,000 cases were reported in 1955, and the year is far from over.

Among the cases that public health authorities know have led to hospitalization, nearly three-quarters involved children less than 6 months old. Of those kids, 77 percent were Hispanic. For a full statistical report, see the data released this week by the California Department of Public Health.

Kids can get their first shot against whooping cough at 2 months. But three shots, usually done by 6 months, are needed to be sure a child's immune system can fight off the bacteria that cause pertussis.

To protect the youngest and most vulnerable children, it's important that relatives and the community at large be vaccinated to prevent spread of the whooping cough.

Data just published by the Centers for Disease Control and Prevention show that in 2009 about 95 percent of American kids, aged 19-35 months, had three or more doses of the vaccine combination that protects against pertussis. But in California, a measure of the uptake of a series of recommended vaccines found only about 72 percent of the kids that age had the shots they needed.

Earlier this month, Canada advised travelers to California make sure their whooping cough vaccinations are up to date before making the trip.