Accessibility links
7 Ways Federal Law Changes Health Care : Shots - Health News Six months after President Obama signed the health care bill into law, there are plenty of new changes designed to improve care and coverage. But there are some caveats. 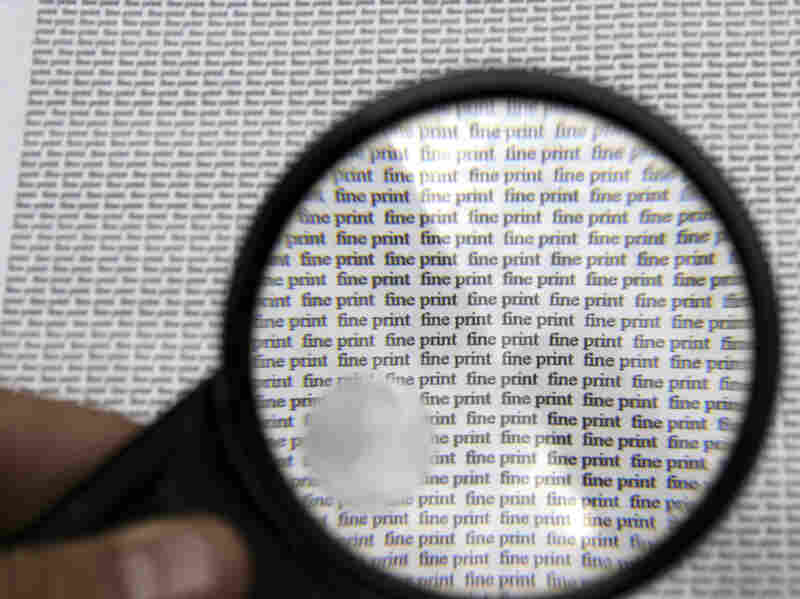 New health benefits kick in today, but there are a few caveats to look for. iStockphoto.com hide caption

If you've tuned out the federal health care law, you might want to tune back in today.

A set of new consumer protections kicks in, six months after the bill was signed into law.

Here's a handy guide to some of the changes -- and some of the caveats in the fine print. Keep in mind how they affect you will depend on what kind of insurance you have.

First of all, insurers must allow parents to keep an adult child up to age 26 on their health plan. And those young adults can't be charged more than any other dependent. Some insurers began this policy early -- during the summer.

BUT: This doesn't technically begin until your new plan year begins – for many, that will be Jan. 1, 2011. And, if your child has an offer of coverage from their own employer, they might not be able to be on your plan.

BUT: Grandfathered plans -- those that don’t change at all from the previous plan year -- don’t have to follow this new requirement.

Now, insurers must cover children up to age 19 with a pre-existing medical condition:  New individual plans and all group plans – like those you get at work - can’t refuse to cover a child.

BUT: Grandfathered individual health plans can refuse to cover a child.

Insurers can no longer cancel your coverage once you get sick, a practice known as rescission.

BUT: If you committed outright fraud and intentionally hid something, your insurer can refuse to pay.

Also under the new law, you – not your insurance company – get to decide which primary physician, gynecologist, obstetrician and pediatrician you see among your plan’s list of approved providers.

BUT: The usual obstacles remain, like whether they're taking new patients or have an appointment available tomorrow.

Starting today, your insurance company cannot require you to make additional payments if you visit an emergency room that's out-of-network for a medical emergency.

BUT: Once again, grandfathered plans are exempted.

Also, there's no more limits on the amount your insurance company will pay out in a given year, or over a lifetime.

And remember, several provisions of the new health law have already kicked in. They are the high risk pool for people who have been uninsured for six months, help for employers to keep early retirees covered, and tax credits for small business.