Accessibility links
Unused Medicines? It's Drop-Off-Your-Pills Day : Shots - Health News Time to clean out the medicine chest and dispose of your unused prescription medicines. The Drug Enforcement Administration is coordinating a nationwide network of drop-off centers this Saturday. 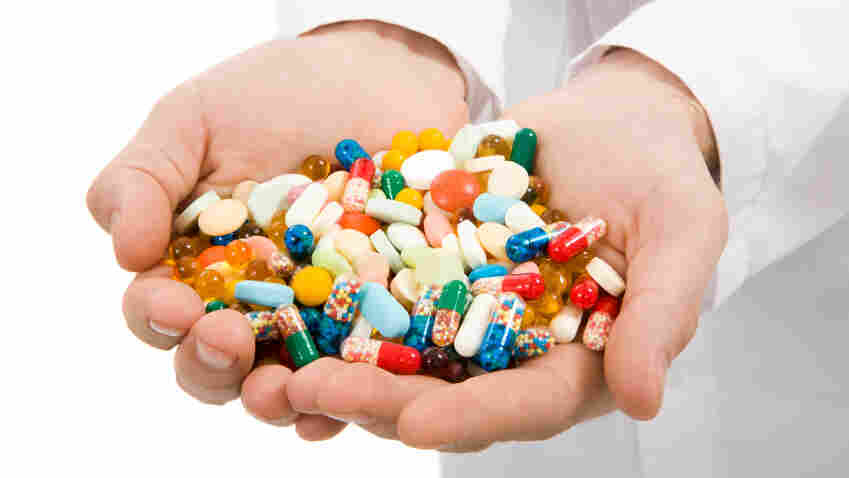 You can get rid of those old pills this weekend with the help of the Drug Enforcement Administration. iStockphoto.com hide caption

What are you doing this weekend?

We were thinking about rustling through the medicine chests in our house to look for old prescription medicines. If we find any, and we're pretty sure we will, then it'll be off to a nearby county police station to dump them.

Sounds a little strange, we know. But this Saturday the Drug Enforcement Administration is coordinating a special day for people to turn in prescription drugs anonymously — no questions asked — at police stations and other locations around the country.

The idea is to take drugs that could be abused but aren't needed anymore out of circulation. Disposing of medicines this way may also be a nice gesture for the environment.

What's DEA going to do with the stuff? Destroy it, a spokesman told us this morning.

What about the unopened, unused medicines that might still be OK for someone else? They'll get trashed too. Those medicines can't be represcribed — that would be like a restaurant reselling food left on someone's plate, the spokesman explained.

There are some limits. No injectable drugs, I.V. medicines, or anything with needles will be accepted. And, the DEA says, "illicit substances such as marijuana or methamphetamine" aren't included either.