Accessibility links
Support For Overhaul Inches Upward, But Foes More Likely To Vote : Shots - Health News With Election Day looming, less than half of Americans have a favorable view of health overhaul, a new poll finds. Still, the sentiment has improved since August. Even so, opponents appear more likely to vote come November.

Americans are looking a little more favorably on the big changes to health care in this country. 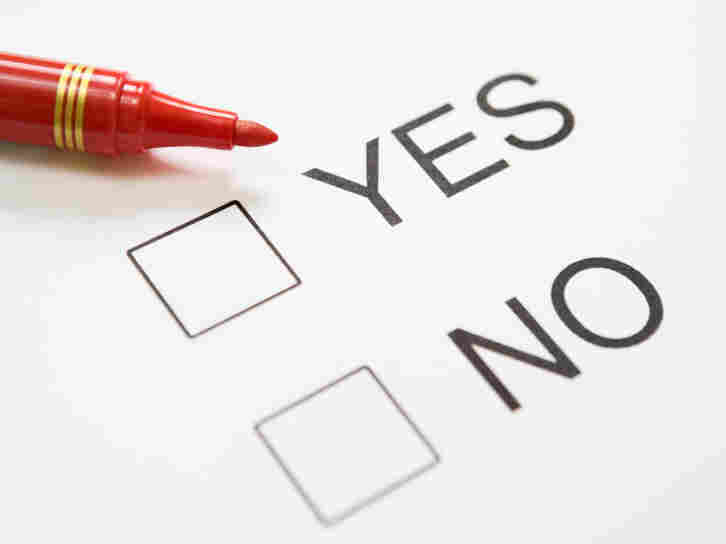 A monthly poll shows a slight improvement in sentiment on overhaul, but those with a favorable view still don't constitute a majority. iStockphoto.com hide caption

But come November, which a nip in the air reminds us is just around the corner, the opponents of health overhaul are more likely to make their way to the voting booth. The findings come from the September edition of a tracking poll by the Kaiser Family Foundation.

Perhaps it's not so surprising that Americans would be a little happier about overhaul in the same month that some of the first changes, such as an end to lifetime limits on coverage, start to kick in. But they're still not a majority.

Overall, 49 percent of Americans now have a favorable view of overhaul, compared with 40 percent who hold a negative view. In August, the Kaiser pollsters found 43 percent in favor and 45 percent against health overhaul.

But among people who say they're likely to vote in November, the latest measure of opinion finds the electorate more closely divided, with 46 percent  in favor of the changes to health care and 45 percent against them.

About one-quarter of Americans -- 26 percent -- believe health overhaul should be repealed, the poll finds.

And the thing that most people seem to agree on is that they reall don't understand what overhaul is all about. Some 53 percent said they feel that way, up 8 percentage points from August.