Accessibility links
Phone More Popular Than Internet When Seeking Prices For Health Care : Shots - Health News Most people don't check prices for health care before getting a diagnosis or treatment. Those who do prefer calling doctors' offices, a survey conducted for NPR finds. Overall, the prices quoted in advance were accurate.

If you want to know the price of something in health care, we wish you luck. 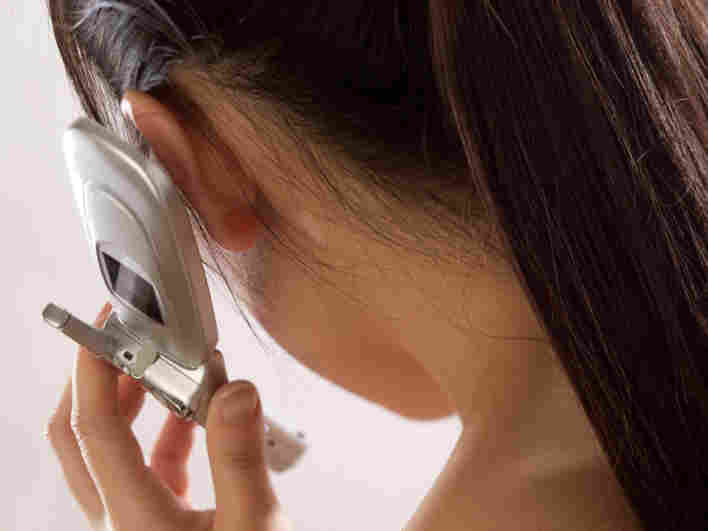 There's no easy way to comparison shop. And the particulars of insurance coverage, if you're fortunate enough to have it, can add another confusing layer to cost questions.

We wondered if smarter people had figured out a way to do this. And the folks at Thomson Reuters agreed to help us find out. In a survey they conducted early this month, more than 3,000 people told us about their experience shopping for health care.

For better or worse, most people don't even bother to check out the costs before getting some sort of diagnosis or treatment.

Someone in nearly 80 percent of the households surveyed received some sort of medical diagnosis or treatment in the past six months. But only 11 percent of those people bothered to look for prices first.

The least likely to look were people 65 and older — just 6 percent of them did. The most likely to shop around were people in households whose income was less than $25,000 year.

Three-quarters of those who investigated prices ahead of time said they found what they needed.

How did they do it? Most used old-fashioned techniques:

Just to be clear, people were free to name more than one source when answering the question, so the numbers don't add up to 100 percent. And, in case you were wondering, we specifically excluded dental care and prescription drugs when we asked because we wanted to focus on medical services.

Now, you ask, where did these people get their answers? Doctors' offices were the most common sources by far at 60 percent. A little less than a third of people got prices from hospitals, and a tad more than a quarter cited insurers.

After all that work, did the information help? Yes, most of the time. Nearly 70 percent of people said the price figures helped them pick a provider of health care.

To see the full survey results, click here. The margin for error is plus or minus 1.8 percentage points.