Accessibility links
U.S. Apologizes For Syphilis Experiment In Guatemala : Shots - Health News A professor reveals a 64-year-old government-funded study in which subjects were deliberately infected and then treated with penicillin. But it is unclear whether they were cured.

There's no statute of limitations on the violation of human rights in medical research, the U.S. government acknowledged Friday. 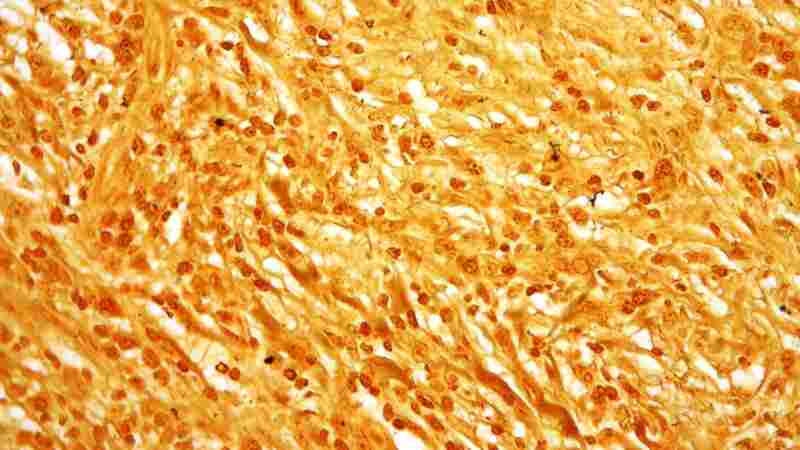 A microscopic closeup of tissue infected with the bacteria that cause syphilis. Wikimedia Commons hide caption

Secretary of State Hillary Clinton and Health and Human Services Secretary Kathleen Sebelius apologized for a U.S.-funded study that led to the deliberate infection of hundreds of Guatemalans with syphilis from 1946-1948.

"Although these events occurred more than 64 years ago, we are outraged that such reprehensible research could have occurred under the guise of public health," their statement reads.

The study in Guatemala was undertaken to investigate the use of penicillin to treat and prevent syphilis infection, but the results were never published. Wellesley professor Susan M. Reverby uncovered documents about the work in an archive at the University of Pittsburgh.

The study subjects were treated with penicillin afterward, but Reverby writes that it's unclear whether they were cured. Some didn't get what would have been considered adequate doses of the antibiotic.

Dr. John Cutler, a doctor with the U.S. Public Health Service who also took part in the infamous Tuskegee syphilis study, led the work in Guatemala, according to Reverby. The Guatemala study was sponsored by the Public Health Service, the Pan American Health Sanitary Bureau (a forerunner of the Pan American Health Organization), the Guatemalan government and the National Institutes of Health.

In a media briefing Friday, NIH Director Dr. Francis Collins said, "I find it very difficult as a physician-researcher today [to imagine] that the participants in them could have considered them ethical" even in the 1940s. Research standards were less well-developed then.

The revelations could further set back the participation of minority subjects in clinical research. Once again, Collins said, there is another example "of medical research being conducted on vulnerable populations in a way that is reprehensible."

He praised Reverby, however, saying she "has done a good thing here by uncovering aspects of a study that was previously unknown."

Collins said the government has asked the National Institute of Medicine to conduct a fact-finding investigation of the Guatemalan study. A separate assessment will be done by the Presidential Commission for the Study of Bioethical Issues.