Accessibility links
One-Third Of Americans Apathetic About Flu Shots : Shots - Health News Most American know they should get a flu shot but many aren't planning on it. Some think they can avoid getting sick without vaccination. Others worry about side effects. Public health authorities advise people to drop the excuses and get protected.

A Third Of Americans Are Apathetic About Flu Shots﻿

A Third Of Americans Are Apathetic About Flu Shots﻿

Public health officials are encouraged so far by a series of new surveys that show most Americans intend to get the new flu vaccine this year. 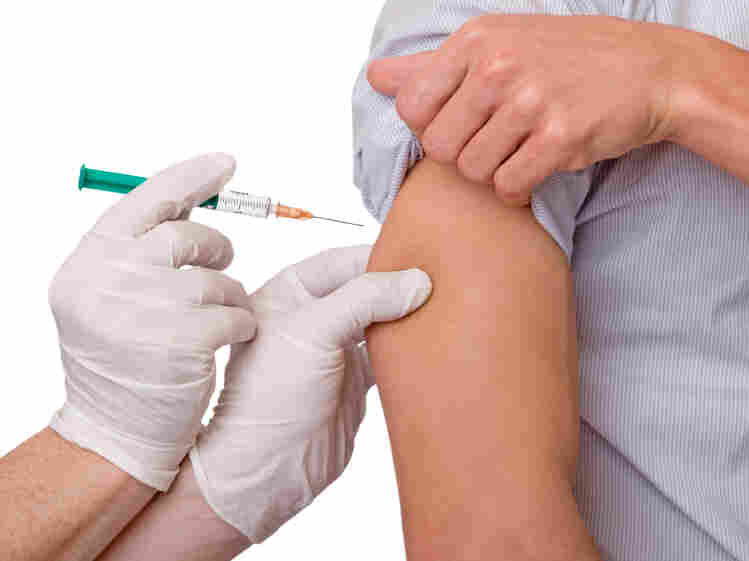 Are you in or out for a flu shot? iStockphoto.com hide caption

But while many people say they want it -- how many will actually get it?

If past years are any indication, millions won't bother.

First, the good news, an outfit called the National Foundation for Infectious Diseases released surveys today showing, among other things, that more than 90 percent of physicians say they are getting vaccinated this season.

Now, what about the rest of us? The surveys say more than two-thirds of Americans know that everyone over the age of six months should get a flu shot and they plan on getting one. But about a third of people surveyed aren't interested.

"If you're old enough to ask -- you should get a flu shot," said the Centers for Disease Control and Prevention Director Dr. Thomas Frieden at a briefing with other health officials today aimed at getting the word out.

Among those who said they wouldn't get vaccinated, misinformation persists.

The surveyors call it "magical thinking."

Seventy-one percent of people who said they wouldn't get a shot believe there are other ways besides vaccine to prevent the flu. Sixty-nine percent of them say they are healthy and don't need to worry. Sixty-two percent think the flu vaccine can cause side effects, and 51 percent are concerned about vaccine ingredients.