Accessibility links
Women's Health Groups Launch Campaign For Copay-Free Birth Control : Shots - Health News Planned Parenthood and a leading group of gynecologists are pushing to have prescription birth control covered by insurers without copays. There's a chance it could be added to a list of preventive services required under the health overhaul. 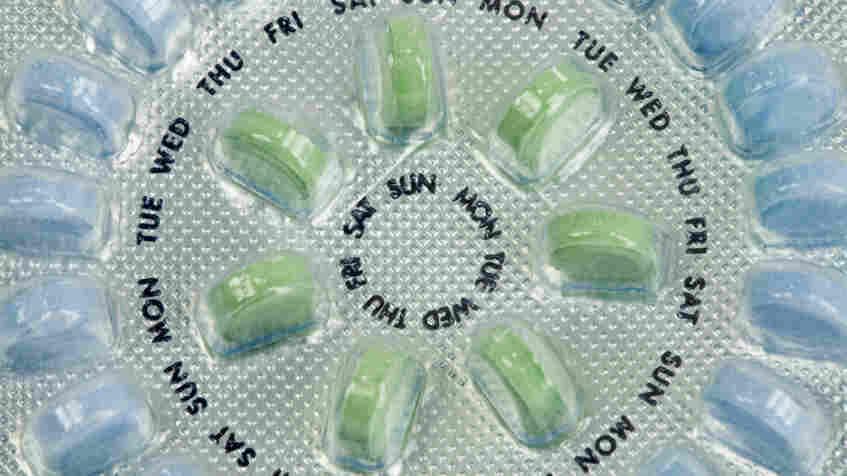 There's something many women of child-bearing age can rally behind in the new health overhaul law: free contraceptives.

At least that's the idea behind a campaign being launched today by the Planned Parenthood Federation of America and the American Congress of Obstetricians and Gynecologists.

Called Birth Control Matters, the initiative aims to make sure all prescription methods of contraception are covered without copays as part of the preventive services package that will be determined sometime in the next year by the Institute of Medicine and the Department of Health and Human Services.

"This is a fundamental economic issue," Planned Parenthood President Cecile Richards told reporters at a briefing Tuesday. "Women say 'I could possibly not have to pay $50 a month for birth control pills anymore?' "

But it’s not something for nothing, said ACOG Vice President for Practice Activities Hal Lawrence: "Providing contraceptive care keeps women healthy, and when you keep women healthy they have healthier pregnancies."

He says over the years ACOG and other medical experts have assembled a wide body of evidence that planning and spacing pregnancies reduces infant mortality, pregnancy complications, and birth defects; all of which saves the health system far more than the cost of contraception.

The public apparently agrees, according to a new polling done for Planned Parenthood by Hart Research Associates.

More than 70 percent of those polled earlier this summer said prescription birth control should be covered under preventive health care, including 77 percent of Catholic women, 72 percent of GOP women votes and 60 percent of male voters.

"This is different from other aspects of the abortion debate,” Hart Research President Geoff Garin. "Contraception is the middle ground in the abortion wars where those on both sides meet happily."

Well, not quite everyone. The nation's Catholic bishops have already objected to including birth control on the list of free preventive services.

Richards of Planned Parenthood says she's confident that's an obstacle that can be overcome. "I don’t think the women of America are looking to the bishops to determine what their health care access should be," she said.

But if she wasn’t at least a little bit worried, the new campaign might not be trying to collect a million signatures to make sure contraception gets on that list of approved services.