Accessibility links
Monthly Injection Approved To Fight Drug Addiction : Shots - Health News The Food and Drug Administration approved the use of a once-a-month injection that shows promise for weaning some people from heroin and other opiates. Called Vivitrol, the drug blocks the effect of opiates on brain cells.

Scientists understand addiction better and better. But how to treat it? Well, that's a different story. 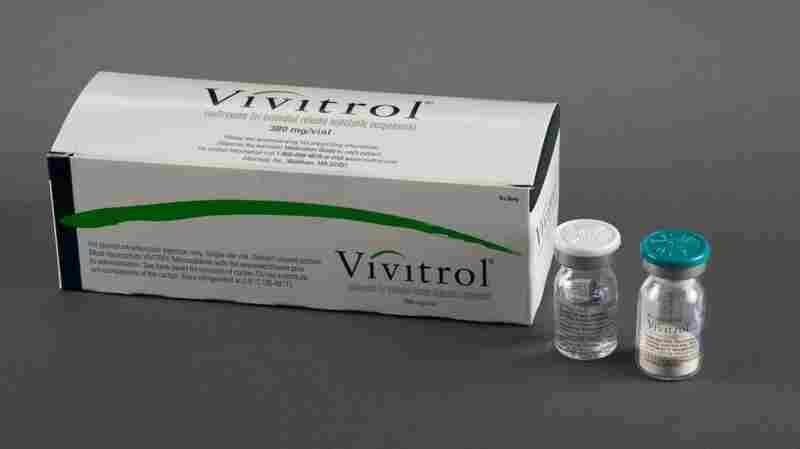 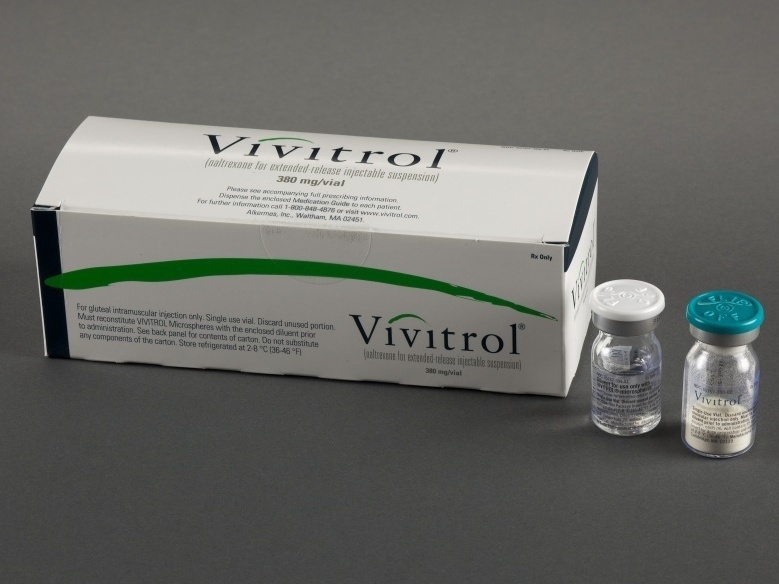 So it seems worth noting a new option for treating the condition. The Food and Drug Administration just approved the use of a once-a-month drug that shows promise for weaning some people addicted to heroin and other opiates.

The medicine Vivitrol blocks the effect of opiates on brain cells. A key study,  done with 250 heroin addicts in Russia, shows it reduces relapse (compared to a placebo injection) and allays narcotic cravings.

At the end of six months, 86 percent of patients taking Vivitrol were drug-free, going to counseling sessions and functioning in a job or at school, compared to 57 percent of those who got a placebo. (Some experts say that placebo success rate is higher than they'd expect in this country.)

Vivitrol is not addictive, unlike other anti-addiction drugs, such as methadone and buprenorphine Those medicines basically replace heroin or other opiates-of-abuse with a more benign form of addiction. A big drawback to those  treatments is that patients need to take them every day – in the case of methadone, under supervision at special clinics.

"So there's a lot of slippage," says Dr. Phil Skolnick of the National Institute on Drug Abuse.

Skolnick's boss, NIDA director Nora Volkow, calls the approval of Vivitrol for opiate abuse "an important turning point in our approach to treatment."

She points out that 810,000 Americans are addicted to heroin – and the majority don't seek or receive treatment. Nearly two million others abuse prescription opiates such as Oxycontin and Vicodin.

Volkow also points to a second advance –- a study in JAMA on an implantable form of buprenorphine called Probuphine. The implant delivers a constant dose of the drug for six months, eliminating the need for a daily pill and big obstacle in preventing relapse.

Vivitrol, it should be noted, isn't an entirely new drug. Its active ingredient, naltrexone, has been used since the 1970s to treat opiate addiction.

"It completely blocks the opiate receptor and prevents a person from getting high," says Dr. Charles O'Brien of the University of Pennsylvania.

When O'Brien and others started studying naltrexone treatment, they found that "it worked too well," he says. "People would drop out, realizing they couldn't get high any more."

The formulation called Vivitrol, made by Alkermes, puts naltrexone into tiny polymer capsules that break down slowly, releasing the drug into the system over several weeks.

The FDA approved Vivitrol for treating alcohol dependence four years ago. It costs $1,100 a shot that lasts a month. But some claim it saves money in the long run by cutting treatment of alcoholism and its collateral damage.

With all the enthusiasm about the new approval, for opiate abuse, experts say that Vivitrol won't be an addiction panacea. One hint comes from the fact that the pivotal study was done in Russia. That's because Russian addicts have no access to methadone.

"So it was a lot easier to get a trial done in Russia because there's no competition," O'Brien says. "Here there are (addicted) people who recognize the benefits of Vivitrol, but they can voluntarily stop anytime they want and go get methadone."

O'Brien says Vivitrol won't be for "the kind of people who would rather be on methadone or buprenorphine" – that is, opiate-dependent people who are not totally committed to giving up their habit, and who are comfortable with taking addictive replacements.

Of course, like all drugs, Vivitrol has side effects, including nausea, vomiting and diarrhea. In high doses, the drug can damage the liver.

Still, Vivitrol should be useful, O'Brien says, for "people who have been in a hospital and have become drug-free, people who are well-educated and have private health insurance." In other words, people who are strongly motivated to end their opiate addiction.

O'Brien is also studying Vivitrol's usefulness in people just getting out of prison. "They tend to relapse right away when they get back on the street," he says. "But if they get this medication beforehand, they can't relapse." He thinks Vivitrol might even reduce prison overcrowding – by cutting rates of recidivism -- if it gets used widely enough.

So what proportion of opiate addicts will benefit from Vivitrol? O'Brien says: "It's hard to tell. Certainly it's going to be at least on the order of 10 percent. But not 50 percent."

"We'll see how it's embraced," adds NIDA's Skolnick. "I think the uptake will take awhile. It may be slow at first."

It's something new, he says, and the addiction treatment community is fairly conservative.