Accessibility links
Hispanics Live Longer Than Whites, Blacks. Why? : Shots - Health News Hispanics born in 2006 can expect to live to the ripe old age of about 80 years. That's more than 2 years longer than non-Hispanic whites who're looking at about 78 years and nearly 8 years longer than blacks' 73 years.

Hispanics Living Longer Than Whites, Blacks. But Why?

Hispanics Living Longer Than Whites, Blacks. But Why? 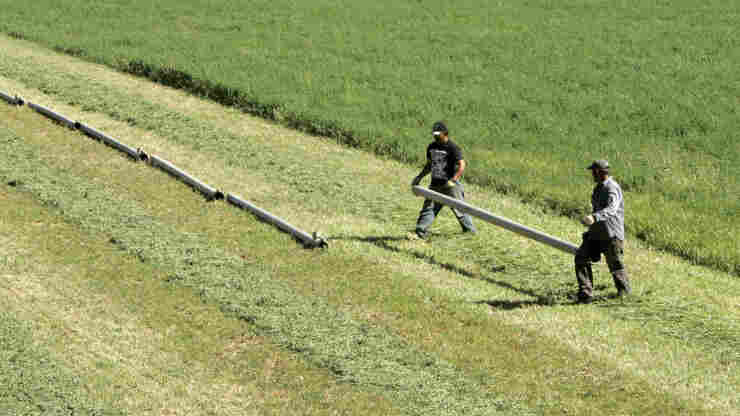 For the first time, the statisticians over at the Centers for Disease Control and Prevention figured out how to estimate the life expectancy of Hispanics in this country.

And, it turns out, Hispanics born recently can expect to live longer than either whites or blacks.

How much longer? Well, a Hispanic person born in 2006 can expect to live to the ripe old age of about 80 years. More than 2 years longer than non-Hispanic whites who're looking at about 78 years. And for non-Hispanic blacks, the expected lifespan is nearly 8 years shorter at 73 years.

The Associated Press reports it's the latest evidence for an apparent Hispanic paradox: the group is living longer than others in this country despite less fortunate socioeconomic circumstances. Nineteen percent live below the poverty line.

One reason may be that such a large proportion -- about 39 percent of the 45 million Hispanics -- are immigrants.

Moving from one country to another takes some effort and fitness. So the United States may be attracting relatively healthier people from Mexico, the largest source of Hispanic immigrants, and other countries, according to the AP.

A more detailed look at specific health risks, including measures of blood pressure, metabolism and inflammation, found that Hispanics born in this country were at higher risk for cardiovascular disease than those who were immigrants.

The longevity advantage appears strongest among older Mexican men, previous research indicates. An analysis from a few years back raises the idea that the difference might also be due in part to sicker immigrants returning to their home countries later in life.

You might wonder why it took CDC until now to tease these data out. For starters, death certificates across the country didn't uniformly note whether or not someone was Hispanic until 1997. Also, the CDC had to account for a tendency in the way death certificates were filled out that underestimated the deaths for Hispanics.