Accessibility links
BOTOX: Clearly Not Just For Wrinkles Anymore : Shots - Health News Chronic migraine sufferers willing to receive multiple BOTOX injections around the head and neck may minimize migraines for up to three months. There are an estimated 3.2 million migraine sufferers in America. 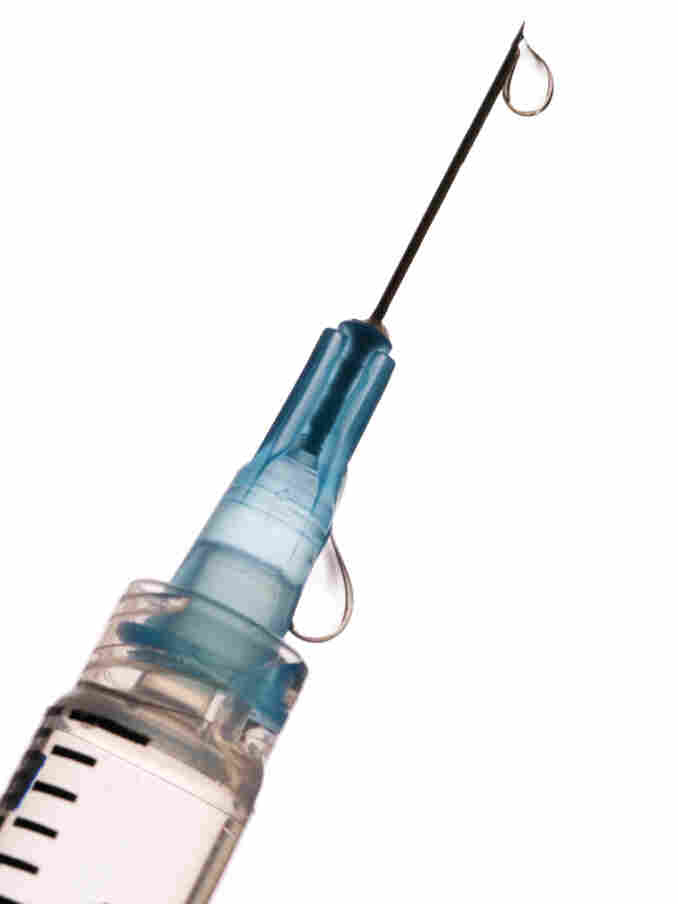 Late on Friday, the FDA announced it had approved BOTOX to treat chronic migraines in adults. That's defined as debilitating headaches for more than 14 days per month.

But this isn't the first time the anti-wrinkle cosmetic is steering its image away from a parlor game involving aging Hollywood beauties, pols, and wannabe "real" housewives from New Jersey.

The therapeutic uses from this formerly controversial cosmetic derived from a deadly neurotoxin continue to grow.

Multiple injections around the head and neck are expected to help minimize migraines for up to three months, and there are an estimated 3.2 million migraine sufferers in America, says Allergan, makers of BOTOX.

Back in March, BOTOX was approved for muscle spasm of the elbow, wrist and fingers. It's now being studied for treatments of excessive sweating and overactive bladder, reports Aesthetic Medicine News.

And WAMU radio talk show host Diane Rehm has famously used BOTOX for a decade to control spasms in her vocal chords, even though the FDA has not approved this use.

BOTOX's new approval for migraines doesn't come cheap. It came fresh off the heels of a $600 million case Allergan settled with the feds over promotion of the product for uses not on the approved label -- like migraines. But, the company's profits are expected to grow.

Allergan is also looking at more medical uses for the drug, Allergan Executive Vice President for Research and Development Scott Whitcup tells the New York Times. "We call it our pipeline in a vial," he says.