Accessibility links
Maria Shriver Says Women At The Center Of The Alzheimer's Epidemic : Shots - Health News A report found that two-thirds of Americans with Alzheimer's disease are women.  Also, women make up 60 percent of those who are unpaid caregivers for Alzheimer's disease sufferers.

Maria Shriver Says Women At The Center Of The Alzheimer's Epidemic

Maria Shriver Says Women At The Center Of The Alzheimer's Epidemic

California's First Lady Maria Shriver has a lot to say about Alzheimer's. And she has the personal experience to back it up. 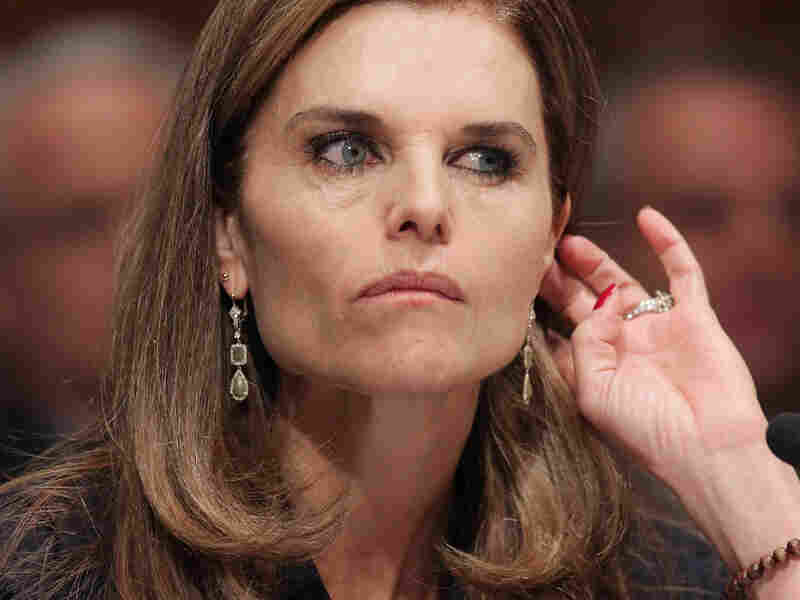 "I think the biggest misconception is that it is an old person's disease," she told Shots in an exclusive interview Monday. Shriver has been active on the issue ever since her father, Sargent Shriver, was diagnosed with Alzheimer's in 2003.

Shriver and the Alzheimer's Association issued a report last week that takes a comprehensive look at how the disease affects women.

"I was surprised how much it impacted women across the board," Shriver said.

Called The Shriver Report: A Woman's Nation Takes on Alzheimer's, the research found nearly two-thirds of Americans with the debilitating brain disease are women.

Plus, women make up 60 percent of unpaid caregivers for loved ones who have Alzheimer's. In all, 10 million women either have Alzheimer's or are caring for someone with it, the report says. The results come from a nationwide poll of 3,118 adults. Shriver says many people live in denial about the possibility Alzheimer's disease could impact them.

The solution? Shriver says support political candidates that promote Alzheimer's research and advocate for programs to help women balancing caregiving with jobs outside the home. She also said that people need to educate themselves about the disease.

This isn't Shriver's first venture into promoting Alzheimer's awareness. She wrote What's Happening To Grandpa?, an account of Alzheimer's disease through the eyes of a child. She was also an executive producer for the award-winning four-part HBO documentary called The Alzheimer's Project, the second episode of which is based on her book.

Alzheimer's cases are only expected to grow as Baby Boomers age. The report says there are an estimated 5.3 million people with Alzheimer's now in the U.S., and that number could rise to as high as 16 million by 2050. Even so, Shriver says that she's optimistic about the future.

"I'm hopeful because I know that there are things we can do today that might postpone the development of Alzheimer's in our own lives," she says.

This year, experts at the National Institutes of Health say it's too early to say what might reduce Alzheimer's disease risk. They do indicate there's some evidence that a few things help, like having good cardiovascular health, consuming omega-3 fatty acids, exercising and not smoking.

"I haven't met one person who doesn't say that exercise is going to be beneficial to you cognitively," Shriver says. "Anything that's good for your heart is good for your brain."

Her advice for now: "While they [researchers] debate it, just do it."