Accessibility links
For Many, Health Apps Are Just Not Part Of The Routine : Shots - Health News A new survey by the Pew Internet and American Life Project found that just 9 percent of mobile phone owners use phone apps that help them track or manage their health.

For Many, Health Apps Are Just Not Part Of The Routine

For Many, Health Apps Are Just Not Part Of The Routine 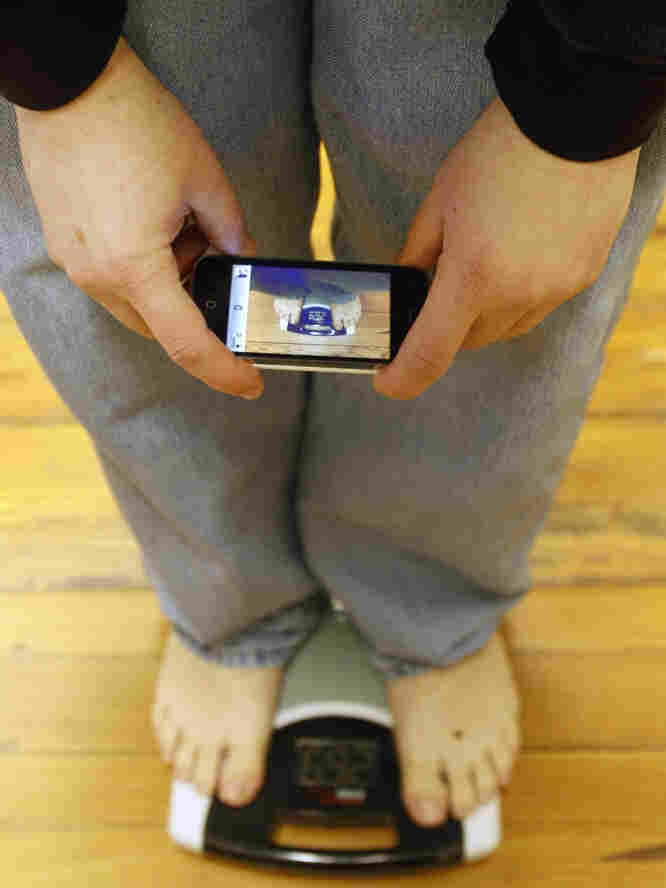 Not as many people as you might think are using health apps. Matt Slocum/AP hide caption

Almost 20 percent of mobile phone users have used their phones to look up health or medical information online at some point in their lives, but only 9 percent of us, on average, use mobiles to manage our health in a big way.

This new survey, by the Pew Internet and American Life Project, found that just 9 percent of mobile phone owners use phone apps that help them track or manage their health.

That’s despite the fact that mobile health apps have been touted by us and others as the Next Big Thing, a way for busy people to manage their weight, eat healthier, quit smoking or track their exercise.

Even Susannah Fox, author of the new Pew study, has a confession to make: “I don’t have a single health app on my phone,” she tells us.

And an unscientific survey of NPR Science Desk staffers finds few health apps, despite the high number of health geeks.

Two employees had downloaded Kids Doc, a symptom-checker from the American Academy of Pediatrics that helps parents figure out whether a child is sick enough to need medical care (The KidsDoc app costs $1.99, but the symptom-checker is available free online.)

One editor uses Epocrates RX to look up drug information when her husband or children are sick.  And one reporter has used “The Brave Monkey Pirate”, the IStoryTime version of a book by Hayes Roberts, to soothe a child’s fears about getting a shot.

So who is actually using mobile health apps?

Public health officials are keen on using mobile technology to reach minority populations, and the data suggests they may be headed in the right direction.

The high rate of health-app use among African Americans and Latinos makes sense. Both blacks and Latinos are more likely to own a mobile phone than whites, use it for texting more than whites -- and are much less likely to have broadband Internet access at home.