Accessibility links
Left Brain Talks To The Right Hand, Study Finds : Shots - Health News A new study suggests that our brains are hard-wired to process gestures, speech and language on one side -- usually the left side --  of the brain. The research adds weight to the theory that speech evolved from sounds and hand gestures. 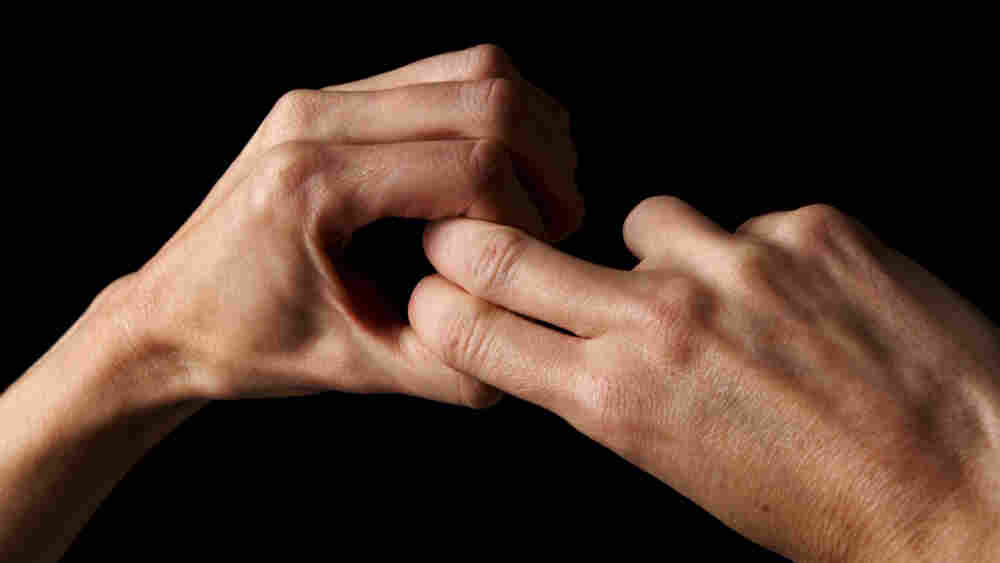 Our ability to speak and communicate seems to have its origin in the unlikely pairing of the left brain and the right hand.

At least that's the conclusion of a team of French researchers who looked at how our brains process syllables, as well as mouth and hand movements.

And it supports the theory that human speech evolved from sounds and hand gestures.

The team followed the brain activity of 16 right-handed people while they rested or watched a video. When the people heard syllables, areas in the left side of the brain involved in speech fired neurons in time with areas involved in hand and mouth motions.

But when the subjects heard smaller units of speech, called phonemes, these two areas were not synchronized.

The finding, published in the Proceedings of the National Academy of Sciences, suggests that our brains are hard-wired to process gestures and speech and language on the same side of the brain. For right-handed people, that's usually the left side.

It also supports the view that speech arose from a combination of short sounds and hand gestures that were intended to communicate something. Those gestures probably would have been carried out by the right hand, since that is usually the dominant hand.

There's lots of other evidence that gestures were involved in early language, says David Armstrong, who spent decades studying the origin of language before retiring from Gallaudet University, a university for the deaf and hard of hearing in Washington, D.C.

For example, he says, a modern hand capable of sign language seems to have appeared well before the modern vocal tract.